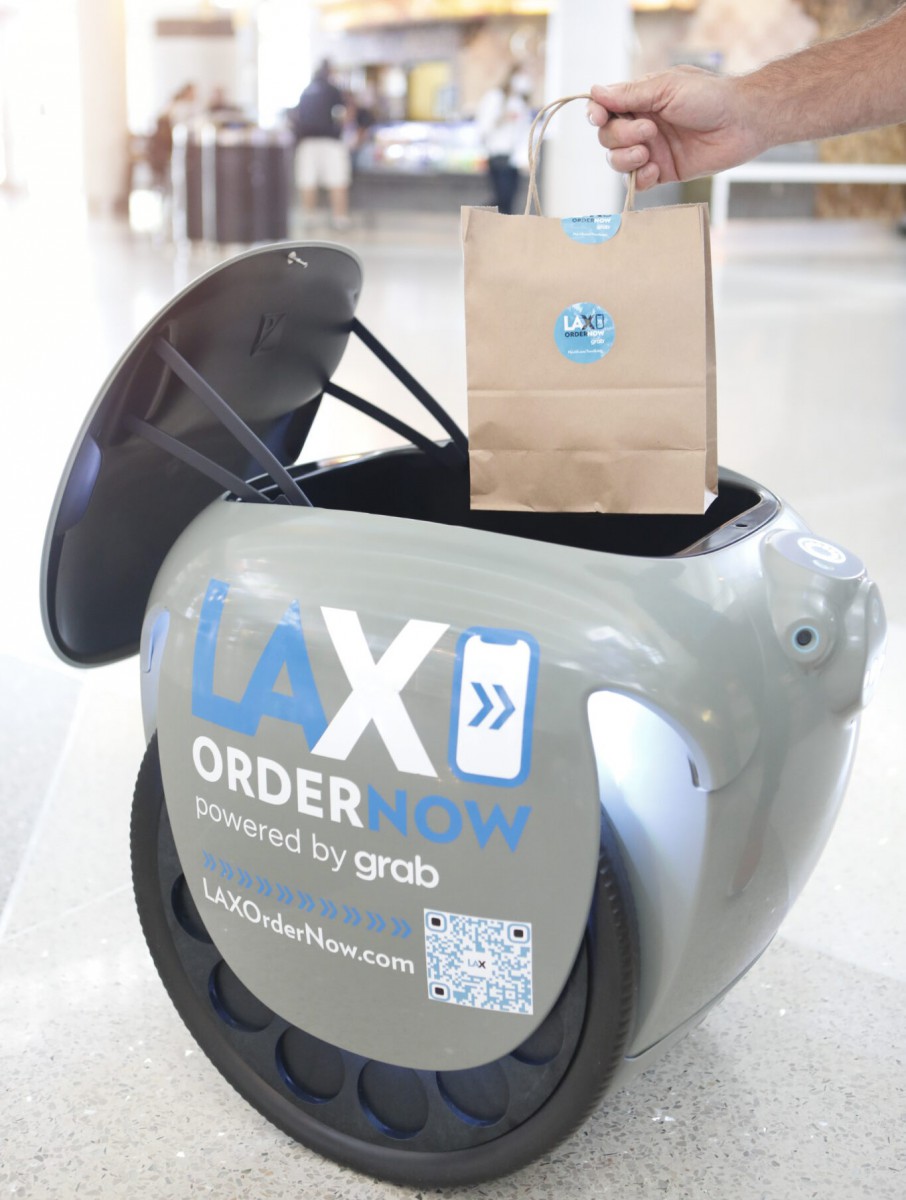 Passengers ordering online food and beverage at Los Angeles International Airport are getting a serve of robot technology with their fries.

NonNom doesn’t deliver on its own but uses cameras and sensors to follow behind delivery staff and helps to carry the food.

NomNom is part of LAX Order Now food delivery service introduced to allow contactless order pick-up from the airline’s restaurants and delivery to some gate areas.

Guests in eligible terminals can go online and select delivery for a small fee.

They are notified on their mobile when orders are on their way as well as an estimated delivery time.

A similar robot, called Gita, has been introduced at Philadelphia International Airport and other robots are making inroads at airports worldwide.

A security robot at Hamad International Airport in Qatar is equipped with cameras that can measure pulse and other body readings, use facial recognition as well as to detect fake credit cards.

Heathrow airport has been using cleaning robots to disinfect airport terminals and lounges with UV light and British Airways has trialed robotic cocktail mixers in its lounges.

The cleaning robots were adopted from hospitals and move through the airport terminals disinfecting touchpoints such as bathrooms and lifts at night with ultraviolet light.

Pre-COVID, Heathrow was planning to introduce AI-powered robots to help passengers to navigate the airport.

Geo-location technology and dozens of advanced sensors that monitor through 360-degrees also allowed the robots to move freely and safely around the airport terminal.

This allowed them to escort customers to specific locations such as Terminal 5’s dedicated special assistance and family check-in zones.

The robots were programmed to interact with passengers in multiple languages using the latest translation technology to answer thousands of questions such as queries on real-time flight information.

Other robots have been deployed to help people with their bags or to patrol airports as security guards.