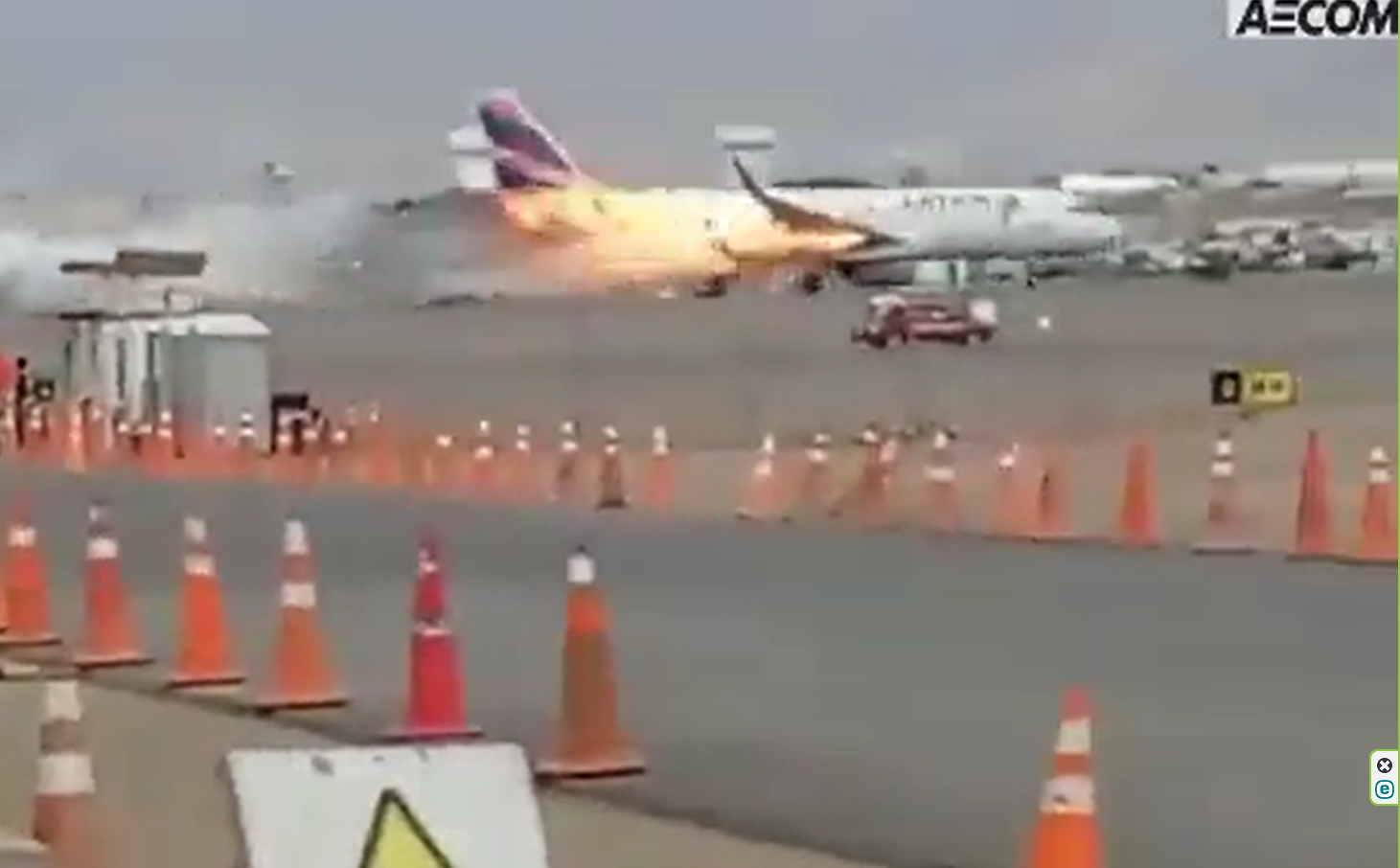 A fire truck crashed into a Latam A320 during its take-off in Lima Peru.

The fire trucks were apparently performing a drill and the pilots of the A320 tried to abort the take-off but hit one of the trucks.

According to Aviation Herald the A320 was flight LA-2213 from Lima to Juliaca (Peru) with 102 passengers and 6 crew and was accelerating for takeoff from Lima’s runway 16 at about 15:11L (20:11Z) when multiple fire trucks with flashing lights and sirens sounding crossed the runway in front of the accelerating aircraft.

“The crew rejected takeoff at high speed (at about 125 knots over ground) but wasn’t able to avoid contact with fire truck #3 although the truck tried to turn around turning right (into the direction of the aircraft).

“The right main gear collapsed causing the aircraft to veer right towards the right-hand runway edge coming to a stop partially off the runway about 2500 meters/8300 feet down the runway. A fire erupted around the right-hand engine (PW1127G), and occupants were able to evacuate the aircraft. Initial reports suggest 24 passengers received injuries.

“The aircraft sustained substantial damage, the fire truck was destroyed. According to preliminary reports, the two firefighters on board the truck involved in the collision did not survive” Aviation Herald said.

The airline reported all occupants of the aircraft survived the accident.

The head of the firefighters at Lima Airport reported that two firefighters perished in the accident, and a third was taken to a hospital with injuries Aviation Herald reported.