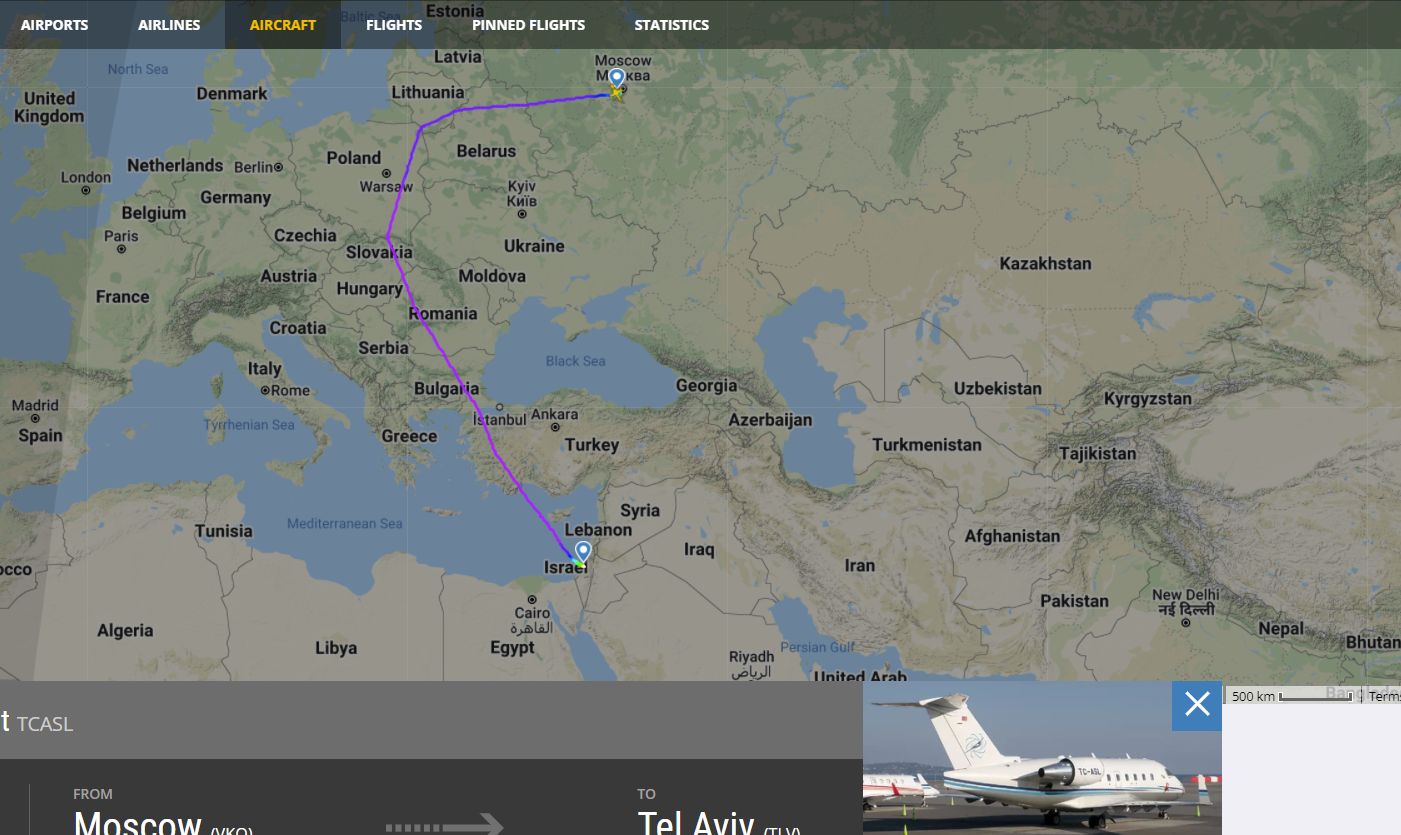 Could Israel and Turkey hold the key to a Ukrainian-Russian peace deal?

AirlineRatings.com does not normally get involved in political issues but this tragedy in Ukraine is different – very different.

We are, like so many, monitoring aircraft activity and what has become clear is that two countries – Turkey and Israel – are keeping dialogue and flights open.

Over the past few days, there has been a shuttle of VIP jets flying between Tel Aviv, Istanbul, and Moscow, while Turkish Airlines flights are shuttling back and forwards to Moscow from Istanbul.

The Israeli Prime Minister Naftali Bennett met Russian President Vladimir Putin for three hours in the Kremlin on Saturday and then spoke by phone with Ukraine’s President Volodymyr Zelensky.

No details have been released of the discussions but the VIP flights continue.

And Russian oligarchs, who have significant power in Russia continue to fly their private jets to Israel.

Let us pray that a solution to this ghastly situation can be found.

Here are some screenshots of flights over the past two days showing just some of the activity. CREDIT @CivMilAir