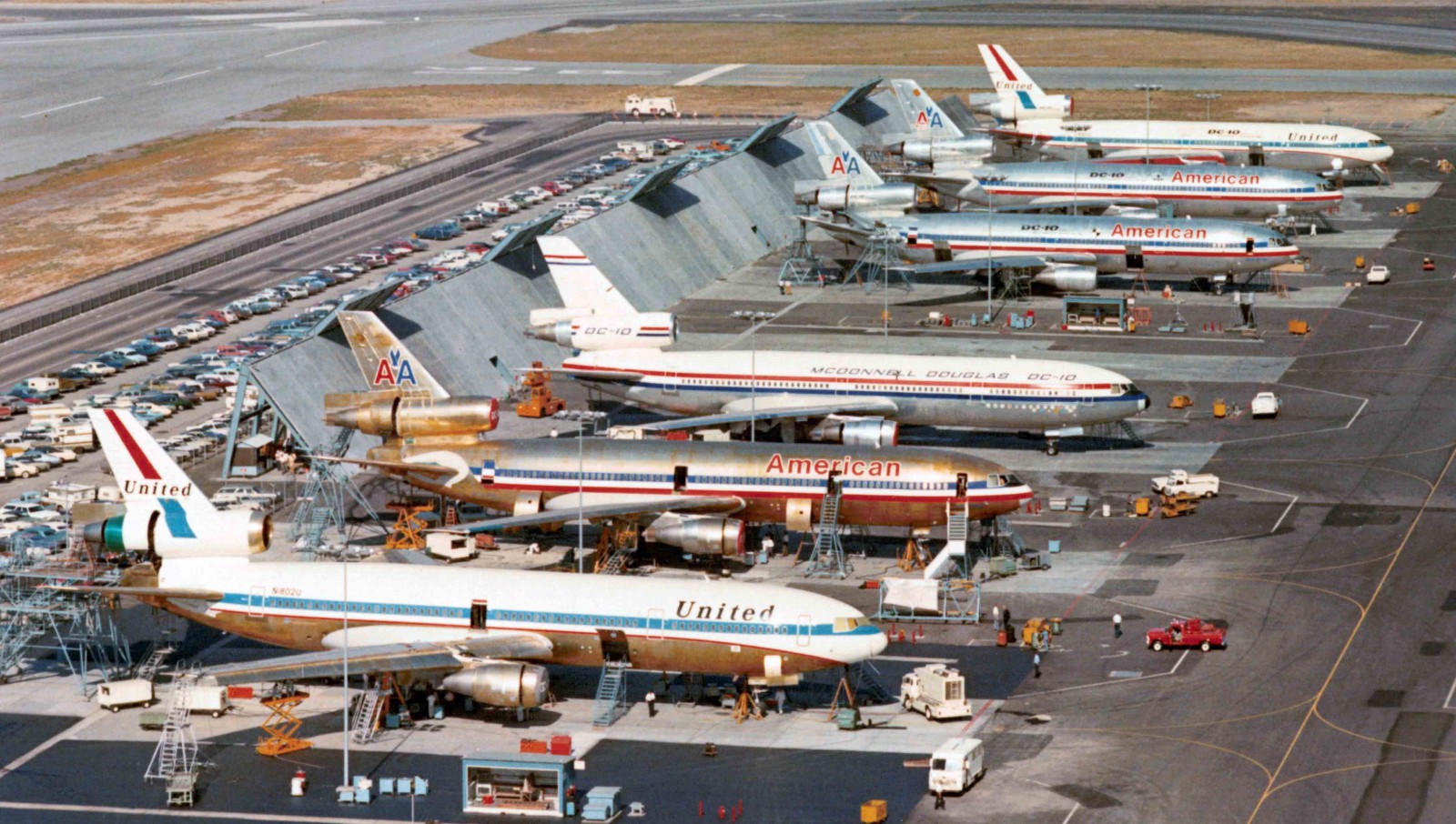 DC-10s in the colors of McDonnell Douglas, American Airlines and United Airlines can be seen in the -silent- footage.