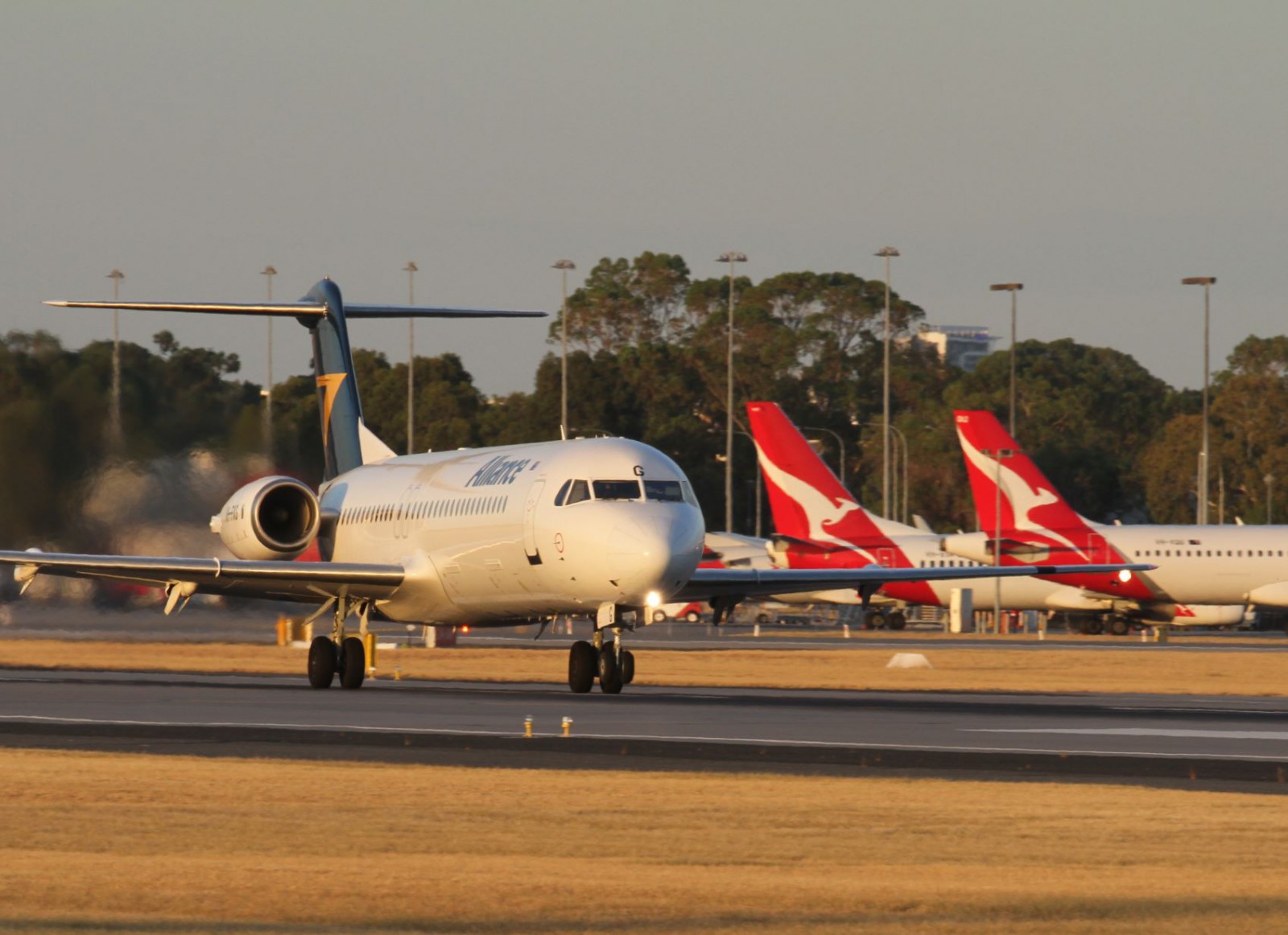 Qantas will face stiff competition scrutiny of its proposed deal to buy Alliance Aviation as it will give it the lion’s share of the important resource charter market.

On Thursday, May 5, 2022, Qantas announced it had reached a deal to fully acquire Australian-based operator Alliance Aviation Services, enabling it to snare a much greater share of the resources sector while picking up the world’s largest spares inventory for Fokker 100 jets.

However, the deal would see Qantas dominate the resources charter market, and it will face turbulence with the Australian Competition and Consumer Commission (ACCC).

Qantas has 40 per cent of the resources charter market, Alliance and Virgin Australia 20 per cent each, Cobham 7 per cent, Skippers 5 per cent and the balance is held by another five operators.

The agreement, which is subject to a vote from Alliance shareholders would see Qantas buy the other 80 per cent of the carrier it does not already own.

Alliance has a fleet of 72, 100-seat aircraft -ERJ190s and Fokker 100s & 70s – in service or on order used mainly on resource charters and servicing other airlines with cross leases.

Qantas is Alliance’s biggest customer, with a long-term agreement that sees Alliance operate up to 18 E190 jets for QantasLink and the deal would see it acquire all 33 of the jets.

Virgin Australia also has agreements with Alliance for various types of leases.

Qantas purchased just under 20 per cent of Alliance in February 2019 and at the time flagged its long-term interest in acquiring 100 per cent of the airline.

The ACCC investigated that minority holding for three years and last month made no findings that it lessened competition.

However, total control is another dynamic suggests industry watchers who say Virgin Australia and Skippers Aviation in WA will mount opposition to the plan.

“I wouldn’t be surprised if the resource companies also object to the acquisition,” one industry veteran said.

Under the agreement announced yesterday, the remaining 80 per cent of Alliance will be acquired through a scheme of arrangement, with Alliance shareholders receiving Qantas shares worth $4.75 for each Alliance share they hold, representing a 32 per cent premium to Alliance’s volume-weighted average price for the past three months.

Qantas will issue new shares valued at about $614 million in a transaction that is expected to be earnings-per-share accretive for Qantas shareholders, before synergies.

“Alliance’s fleet of Fokker aircraft are perfect for efficiently serving resources customers in WA and Queensland. They also have a big inventory of spare parts that would significantly extend the practical life of a combined fleet of around almost 70 Fokkers,” Mr Joyce said.

Qantaslink has 18 Fokker 100s based in Perth.

Mr Joyce added that “keeping these aircraft operating reliably for longer than either carrier could achieve by themselves will help keep costs down, which is ultimately good news for charter customers. There are also benefits from bringing together our operations planning and training facilities.