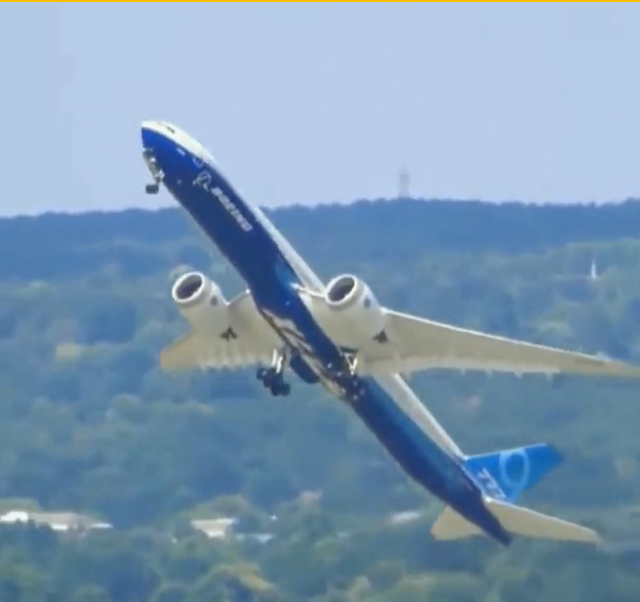 An incredible video of Boeing’s 777X in practice for this weeks the Farnborough Air Show has been posted by @aviationbrk.