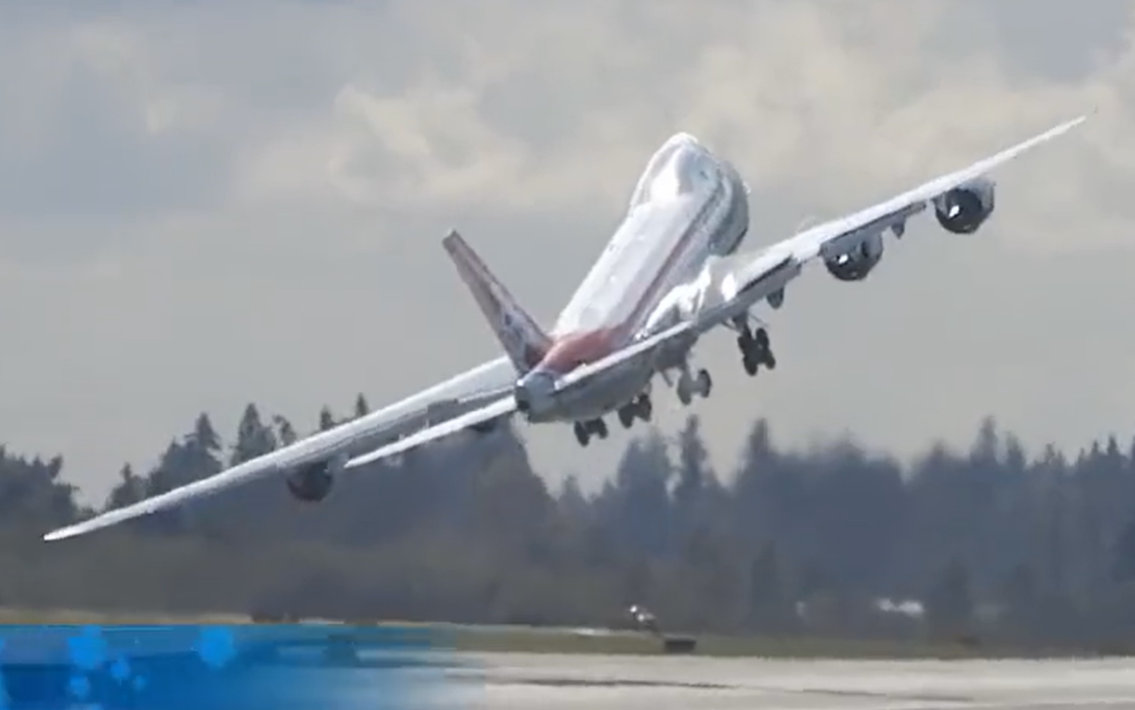 We have an incredible video of the crew of a Cargolux Boeing 747 freighter taking off from the Boeing plant in Everett where she was built and waving the wings in a goodbye.

The world’s biggest plane, the AN-225 to be rebuilt