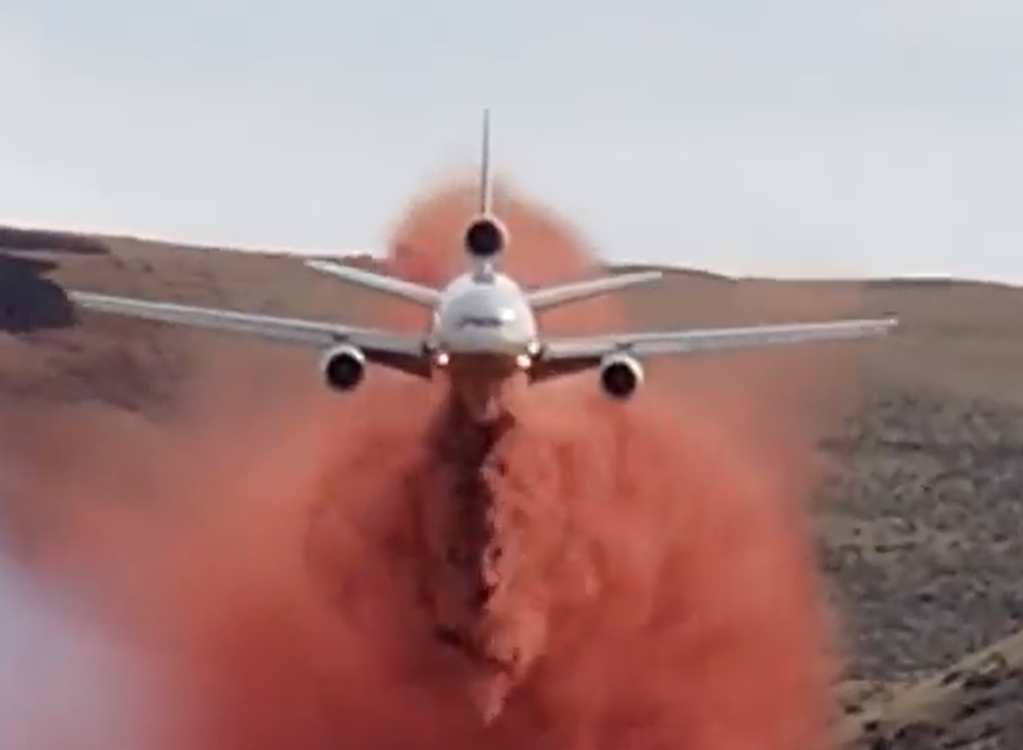 An incredible video has captured a DC-10 jumbo tanker diving to help kill a wildfire in California.

The video of the DC-10 tanker was posted by Airplane Pictures and shot by Tonja.

There are four DC-10 Air Tankers

One drop from the aircraft is equivalent to 12 drops from a Grumman S-2 Tracker.