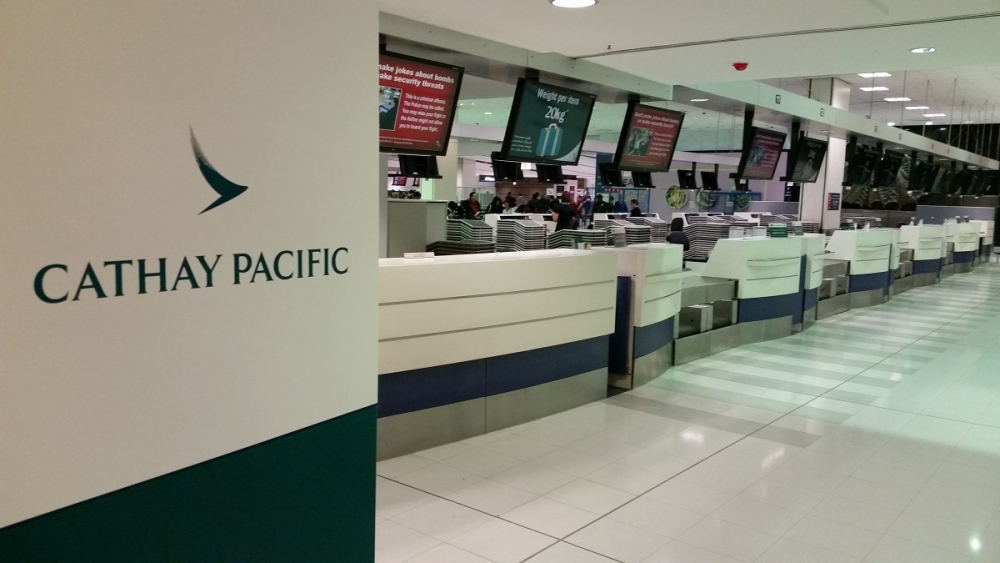 A recent Cathay Pacific warning that deteriorating conditions will mean a worse than expected second-half performance may be a sign of a turning tide for airline profitability.

The International Air Transport Association in its latest financial monitor report has raised the possibility that airline profitability may be peaking.
IATA found that post-tax profits in its second quarter sample for 2016 were about 20 per cent lower in dollar terms than in the same quarter the previous year.

The airline umbrella group said the margin on earnings before interest and tax rose to 9.9 percent from 9.8 per cent and was robust by historical standards.

“However, operating conditions are becoming more challenging and the industry profitability cycle is showing signs of peaking,’’ it said.

Hong Kong's Cathay reported an 82 per cent slump in profit when it released first half results in August and said at that time that the overall business outlook remained challenging.

At that point , however, it expected that results in its second half would follow the normal trend and be better that the $353 million first half net profit.

It said earlier this month that this was no longer expected to be the case.

“Since the interim report was issued, the outlook for our airlines’ business has deteriorated,’’ Cathay said in a statement to the Hong Kong stock exchange. “Overcapacity and strong competition is putting particular pressure on our passenger business, with continued shortfalls in revenue compared with forecasts and heavy pressure on yield.

“Against this difficult revenue picture, we are engaged in a critical review of our business, the goal of which is to improve revenues and to reduce costs so as to maintain a strong financial position and to deliver acceptable financial returns.

“The review will consider all options for improving efficiency and productivity.”

Cathay faces competition from Chinese airlines expanding internationally as well as encroachment from Middle Eastern carriers keen to secure a slice of the growing Asian market. Analysts have suggested a new departure tax of up $HK180 in Hong Kong may also have played a part.

However, the airline is continuing to invest in its business with orders for new planes such as the A350 and Boeing 777X.

Cathay shares have lost more than a fifth of their value since the beginning of the year and the outlook revision saw its share price has hit its lowest level since 2009.

Nor is Cathay the only major Asian airline to have reservations about the outlook.

Asked about the IATA report last week, Singapore Airlines chief executive Goh Choon Phong  said the airline had been “quite public” about the challenges facing the airline industry and SIA.

Goh said these related to overcapacity generally and pressures on yield, with many airlines “discounting away” lower fuel prices.

“So yes there is a challenge and we acknowledge that,’’ he said.

Yet some observers point to Asian network changes, rather than global forces, as a major factor in Cathay's woes.

A recent report by analysts at Australia’s Macquarie Equities suggested the Hong Kong airline’s problems stem from its reliance on transfer traffic, its network carrier status and the growth of competing hubs which no longer need Hong Kong as a waypoint.

“Chinese services are increasingly bypassing Hong Kong, growing capacity on direct services into the US,’’ the analysts said. “Our financial year ‘17 data shows Singapore and Hong Kong capacity growth rates appear subdued in FY17 despite their proximity to China which continues to significantly increase its international capacity.

“Double-digit growth on direct US-mainland China services versus a low-single digit outlook for Hong Kong and Singapore points to a bypassing effect, as carriers cut out the middle man, reducing connecting traffic.’’

Other factors indicating the global well-being of airlines were mixed in the IATA financial report.

Global airline share prices rose by 0.9 per cent in September, with the index of North American carriers up by 4.3 per cent during the month but Asia-Pacific carriers down 4.7 per cent and European airlines remaining flat.

Brent crude oil prices were $US52 per barrel in early October after an agreement between oil-producing nations to cut output, although there were questions about how successful this would be.

Oil prices were around 5 per cent higher than a year ago and oil analysts were expecting a weak upward trend with prices remaining below $US60 per barrel for the year.

The report said there were signs that the downward pressure on yields, a measure of average fares, had eased and IATA said it would be monitoring this closely to see if there had been a turning point with this parameter.

Growth in premium international traffic continued to lag behind that of the economy and a 5.3 per cent increase for the first seven months for 2016 was down from 5.7 per cent a year ago.

But premium fares had held up better than those in economy and the segment’s share of revenues had risen slight this year on the important Europe-Asia markets and was unchanged across the Atlantic.

“As we have argued before, in the current environment, the high-yielding premium segment offers an important buffer for airline financial performance,’’ the report said.

Annual growth in passenger traffic slowed to 4.6 per cent in August, down from 6.4 per cent in July, in the face of a subdued economic backdrop.  However, it was still broadly in line with the 10-year average.