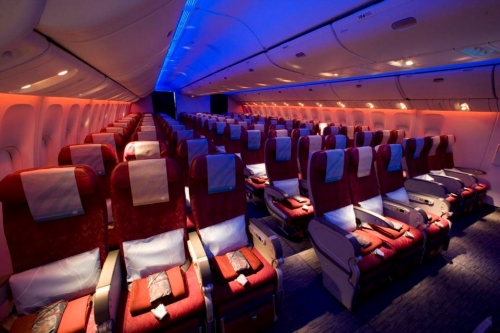 People stranded overseas may be surprised to learn that 47 international airlines operated scheduled services to and from Australia in January, although five of those were dedicated freight carriers.

But the number of seats on international flights slumped 90.6 percent compared to January 2020 to 477,378, according to Australian government figures released Wednesday.

This was still several multiples of the number of travelers filling those seats as government restrictions cut international scheduled passenger traffic by 98.4 percent — from 4.15 million to just 67,472.

Overall seat utilization plummeted from 83.6 percent the previous January to just 14.1 percent thanks to government limitations on quarantine places.

With Australian carriers reduced to a token presence on international routes, Qatar and Singapore shared the number one passenger market share ranking of 14.1 percent.

Air New Zealand was next at 12.7 percent share followed by Emirates at 9 percent and China Southern at 6.1 percent.

The Qantas Group wasn’t entirely absent with a 1.6 percent share of total January passenger carriage, compared to just over 25 percent a year earlier.

However, that was basically it for Australian designated carriers. This was a group that had boasted a 31.9 percent market share when Virgin Australia was still operating overseas in January 2020.

On the low-cost front, Scoot and Jetstar accounted for 1.7 percent of international traffic in a sector that had claimed a 15.6 percent market share a year ago.

The situation was less parlous for freight operators, with international scheduled freight down 14.4 percent to 72, 548 tonnes.

Inbound freight fell 7.1 percent while outbound was down 20.5 percent.