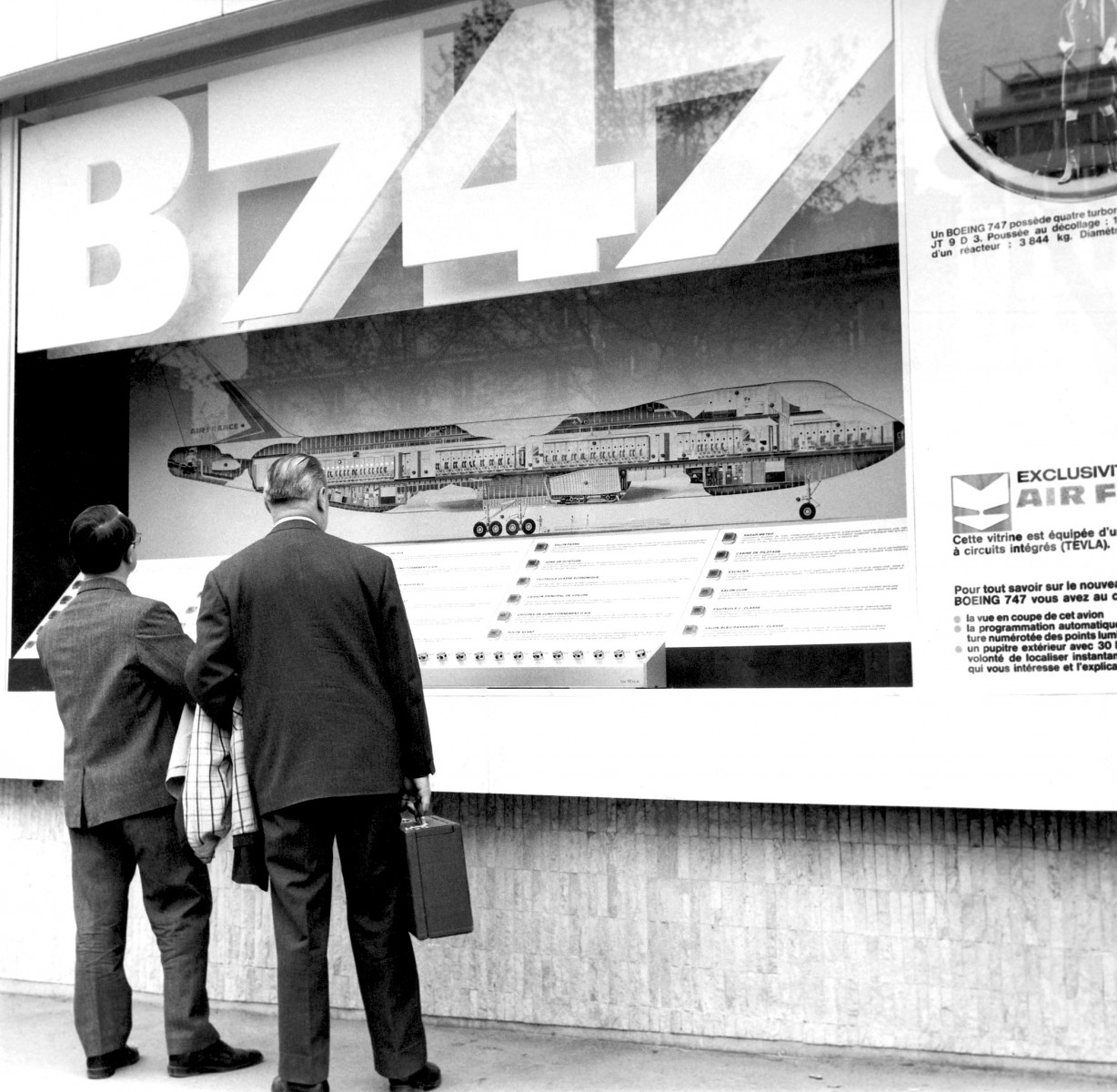 Remember those good old times when your trip abroad started with a visit to an often lavishly appointed airline ticket office in a downtown location?

Depending on where you went, chances are you had a first rate-design experience, as it was customary to lure travelers and entice their appetite to fly to some exotic location by giving them a taste of it right there on the ground.

As flying was beyond reach for most of the population for many decades, they also served as showrooms of dreams, with people staring into their big windows, fantasizing about where they might fly to. So most big airlines made sure the most famous designers from their country got a hand in fitting out the interiors and supplying memorable furniture.

Airplane models were quintessential for the aviation connection, and often an artful interpretation of a globe, world map, or at least the airline’s route network.

Of course, in less fancy locations than Manhattan’s Fifth Avenue or the Champs Elysées in Paris, things could be very basic indeed without any touch of luxury. Like in Qantas’s first ticket office in Longreach in Queensland, were back in 1921 tickets for the Queensland and Northern Territory Aerial Service were sold in a simple wooden barrack.

From Air France, some even more barren ways of selling tickets are documented from their vast African network, with one location in Northern Cameroon featuring a hut made from clay and branches as the airline’s representation.

In any case, almost all of this is history, in the digital age these airline showrooms and service offices have largely lost their function and therefore we have to mourn a lost art form.

One of the best spots in the world to witness it was Fifth Avenue in New York, which between 42nd and 57th Street housed so many ticket offices at one time it was nicknamed “Airline Alley”.

As the first non-US carrier, Air France opened an office in New York in 1946, followed in 1948 by KLM, Swissair, and BOAC, the predecessor of British Airways.

The trend to settle on Fifth Avenue was started by Pan American in 1952, and soon even airlines of smaller countries such as El Al from Israel or TAP from Portugal followed suit.

It was a competition to show off, with world-renowned designers such as Raymond Loewy, Finn Juhl, Charlotte Perriand, Gio Ponti and Jean Prouvé designing the interiors of these airline showcases.

At the time, the IATA cartel kept fares at such high levels that these lavish affairs could easily be absorbed by the airlines. In 1958, a transatlantic flight in First Class cost as much as a Volkswagen Beetle.

But even back then, there was criticism: “The cost for these luxury offices are incorporated in the ticket prices that passengers have to pay,” found the British industry publication The Aeroplane in 1950. “Many would surely prefer to spend a few Pounds less even if that would mean to buy their tickets in less accessible or impressive environments. But no airline dared to be first in presenting a simpler face to the world. That, it is feared, would inevitably lead to a loss of prestige and therefore revenue. So the snobby charade goes on.”

In Europe, the Avenue des Champs Elysées in Paris was the main airline showcase, and of course, Air France had one of the most visible presences. Today, only one old-fashioned airline office has remained here – Iran Air resides in lavish real estate with a stately corner entrance but a fairly dusty window display.

Since the 1990s, the demise of city ticket offices begun to gain momentum. British Airways closed its presence in 1998 after 41 years in the same Fifth Avenue location.

In London, Qatar Airways, one of the few airlines still maintaining some town offices, had a lavish European headquarter plus ticket office custom-built in Mayfair in 2019. It also opened a sales office inside the Qatari-owned department store Harrods, which might be an ideal synergy, but is nowhere near old glory.