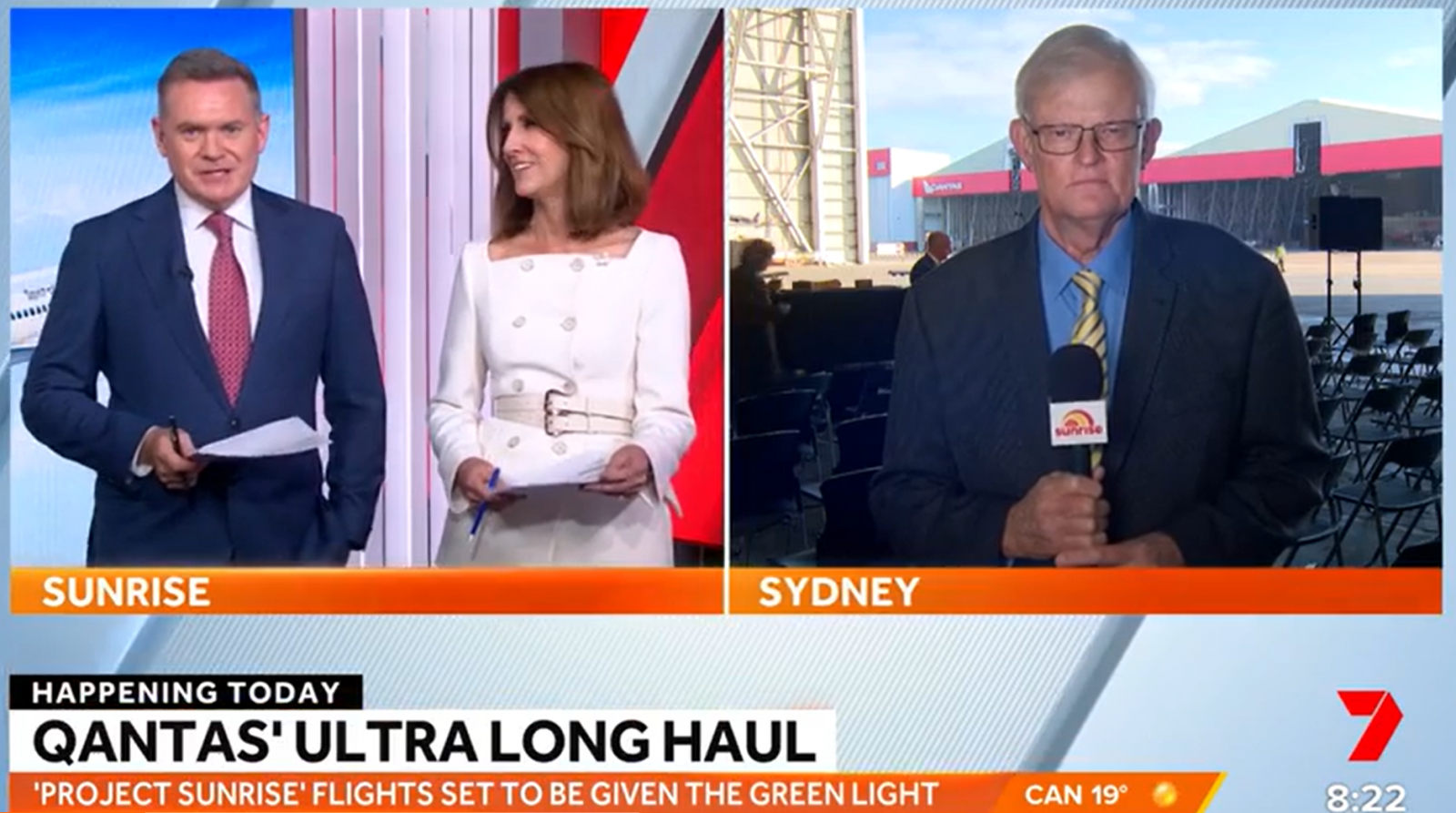 Domestically, Qantas will start the renewal of its narrow-body jets with firm orders for 20 Airbus A321XLRs and 20 A220-300s as its Boeing 737s and 717s are gradually retired. The first of these aircraft will start to arrive in late 2023, with the order including purchase right options for another 94 aircraft for delivery through to at least 2034.

Internationally, 12 Airbus A350-1000s have been ordered to operate non-stop flights from Australia to other cities including New York and London.

Qantas said these aircraft would feature market-leading passenger comfort in each travel class, with services scheduled to start by the end of 2025 from Sydney.

All of these next-generation aircraft – through their lower emissions, longer range, less noise and better economics – will improve how people travel around Australia and overseas.

“New types of aircraft make new things possible,” Mr Joyce said. “That’s what makes today’s announcement so significant for the national carrier and for a country like Australia where air travel is crucial.

“Throughout our history, the aircraft we’ve flown have defined the era we’re in. The 707 introduced the jet age, the 747 democratised travel and the A380 brought a completely new level of comfort.

“The A350 and Project Sunrise will make any city just one flight away from Australia. It’s the last frontier and the final fix for the tyranny of distance. As you’d expect, the cabin is being specially designed for maximum comfort in all classes for long-haul flying.

“The A320s and A220s will become the backbone of our domestic fleet for the next 20 years, helping to keep this country moving. Their range and economics will make new direct routes possible, including serving regional cities better.

“These newer aircraft and engines will reduce emissions by at least 15 per cent if running on fossil fuels, and significantly better when run on sustainable aviation fuel. This order brings us closer to our commitment to reach net-zero emissions by 2050. Project Sunrise will be carbon neutral from day one.”