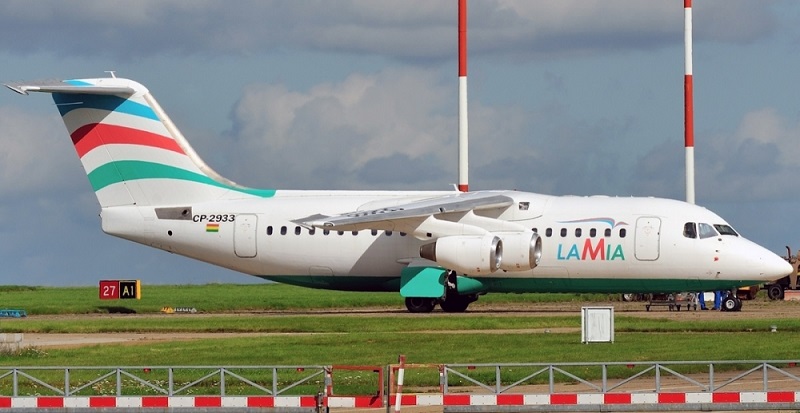 The pilots of a British Aerospace Avro RJ-85 taking a Brazilian football team to Colombia last month were aware of their fuel status and twice considered refuelling stops, according to a Colombian investigation.

The investigation also reveals that the crew of the LaMia flight failed to notify air traffic control (ATC) at the Colombian city of Medellin of their situation until it was too late, despite the fact one engine had already flamed out.

The Bolivian charter aircraft carrying the Chapecoense football team ran out of fuel and slammed into a mountain before it was able to land at Medellin on November 28, killing 71 of the 77 passengers on board.

A report outlined at a press conference on December 26 by officials of Colombia’s Aerocivil ruled out a technical fault and said it was “human and managerial error” that led to the fuel exhaustion.

Colombia’s Secretary for Air safety, Colonel Freddy Bonilla said the airline and Bolivian authorities “accepted conditions for the flight presented in the flight plan that were unacceptable’’.

Col. Bonilla said the flight was also overweight and was not certified at the altitude at which it flew.

Details of the report outlined by The Aviation Herald website show the officials revealed the aircraft had a take-off weight of 42,148kg, above the maximum 41,800kg permitted, although this was not considered a factor in the accident.

The crew was aware of their fuel status and considered fuel stops in Leticia, in Bolivia, and Bogota, Colombia, but decided to press on.  Cockpit voice recordings indicated that the crew rejected the Leticia option because they did not know if the airport was open.

An alarm designed to go off when the plane has fuel for no more than 20 minutes of flight failed to activate and the crew requested a priority landing 10 minutes prior to impact.

The aircraft began to turn and descend without air traffic control clearance, causing separation problems with other aircraft, and six minutes before the crash the number 3 engine flamed out.

Despite this, the crew advised ATC that ground services were not needed.

Just over a minute later, the remaining engines and the auxiliary power unit had stopped working and the crew declared an emergency, reporting a total power failure.

The aircraft smashed into a mountain at 230kmh.

A Bolivian investigation earlier this month also concluded that the pilot and the airline were directly responsible for the crash.

LaMia's chief executive and his son, a former official with Bolivia’s aviation authority, are facing trial over the crash.