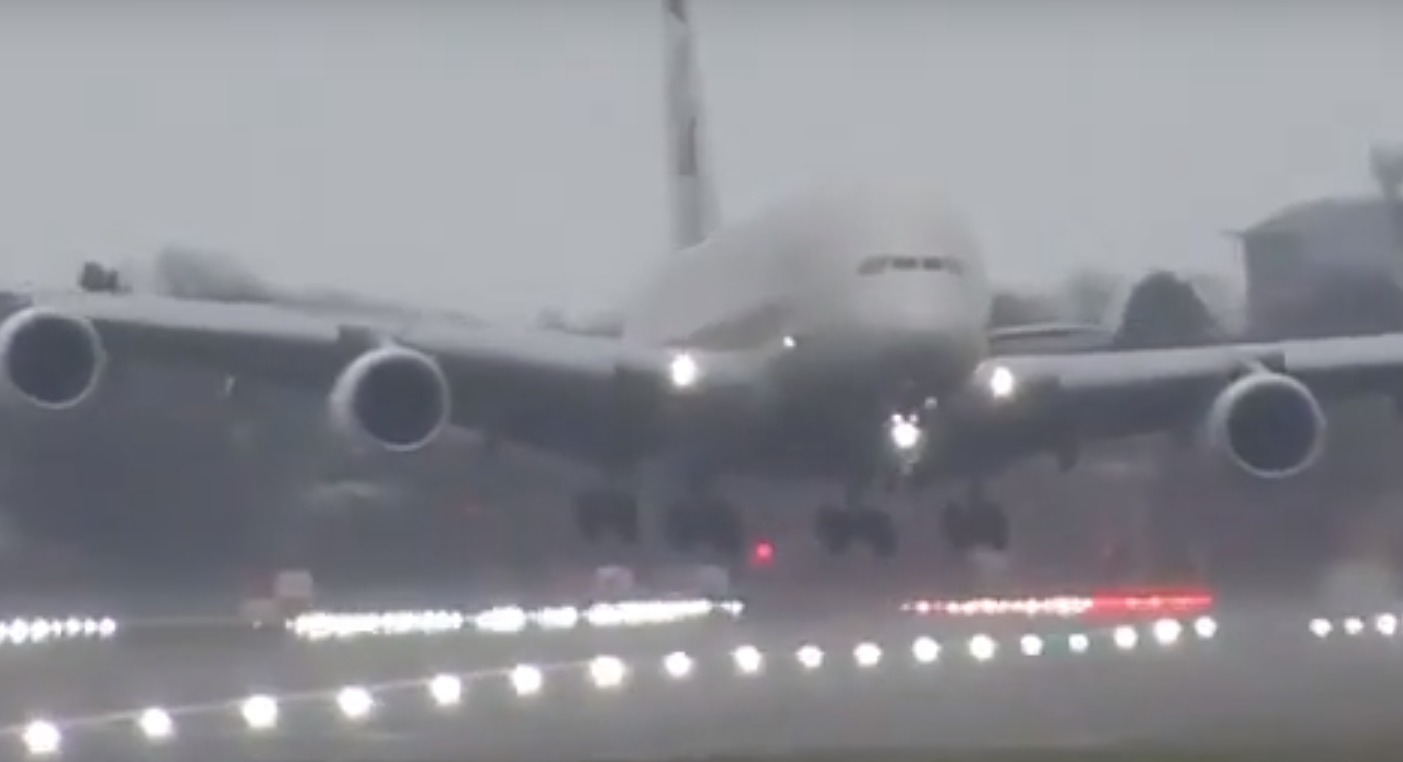 Etihad Airways has scolded its “hero A380 pilots” for the spectacular landing at Heathrow during storm Dennis on February 16.

The video posted to YouTube has been seen over 2.5 million times and broadcast by television stations across the globe.

SEE: Stunning pictures of the Himalayas in spring from 747 pilot.

The airline’s Manager of Flight Crew Training has however sent a memo to all pilots, obtained by AirlineRatings.com, saying this landing was not what the airline wants to see.

“The official view from the Training Department is a simple one – THIS IS NOT WHAT WE WANT TO SEE. There is a time to give an approach away in the interest of safety,” the memo said.

1 – We performed 6 landings (in the A380) at Keflavik (Iceland) with max gusts crosswind 56 kt and average wind well above 40 knots. The maximum deviation was 5.4 meters, which demonstrates that crosswind landing is not difficult. It has been limited to 35 knots for various reasons (mainly fan blades vibrations).

2 – It is completely wrong to say that autopilot should not be used. The AP is tuned to perfectly synchronize the flare and the decrab. It does that far more precisely than most of the pilots. I remember a certification flight with a crosswind on the A340-600. 13 autoland perfectly on the centerline, and a last manual landing by a very good certification pilot with a deviation!”

Here is the video again.

This takes great skill and the results – if not done properly – are often quite spectacular as shown in the video of the Etihad A380, where the pilot did not straighten up before touching down.