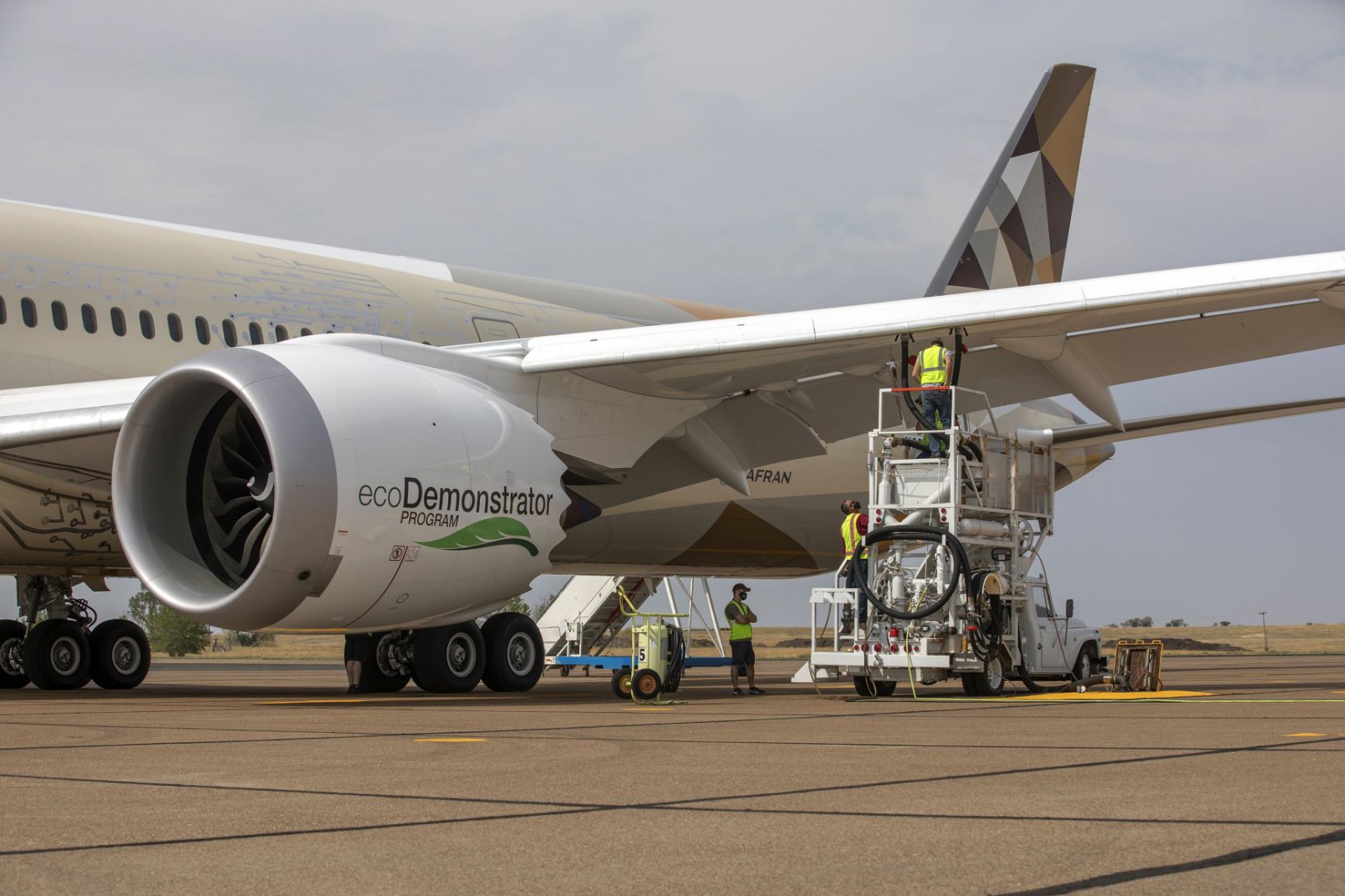 Boeing and Etihad Airways have concluded testing on the company’s 2020 ecoDemonstrator program with a cross-country flight using a 50/50 blend of sustainable and traditional jet fuel.

“This is a prime example of industry collaboration towards sustainable aviation and innovation. Etihad’s collaboration with Boeing in the ecoDemonstrator program has been a unique opportunity to lead the aviation industry’s drive for a sustainable future.”

Boeing’s ecoDemonstrator program takes new technologies and tests them in the air to accelerate innovation. This year’s program evaluated four projects to reduce emissions and noise and enhance the safety and health of passengers and crew. All of the 787-10 test flights used a blend of traditional jet fuel and sustainable fuel produced from inedible agricultural wastes to minimize emissions, with the final flight operating at the maximum 50/50 commercial blend.

Sheila Remes, vice president of strategy at Boeing Commercial Airplanes said that “World Energy is making commercial-scale volumes of sustainable fuel at competitive prices, leveraging government low-carbon incentives to accelerate production and use in an industry that relies on liquid fuels.”

The fuel from World Energy and supplied to Boeing by EPIC Fuels has been certified by the Roundtable on Sustainable Biomaterials to reduce carbon emissions by more than 75 percent over the fuel’s life cycle.

The partnership between Boeing and Etihad Airways represents a longstanding collaboration to make flying more sustainable. The two companies were among the founding partners that created the Sustainable Bioenergy Research Consortium in 2010.

Based at Khalifa University near Abu Dhabi, the pilot project for a unique desert ecosystem produces sustainable fuel from plants that grow in the desert, irrigated by coastal seawater. Etihad used the initial batch of fuel from the pilot project in January 2019 on a passenger flight from Abu Dhabi to Amsterdam.

Boeing has been a leader in industry efforts to develop sustainable aviation fuel since before the first test flight on a commercial airliner in 2008. Along with others in the industry, the company worked to gain certification of sustainable fuel for commercial use in 2011 and collaborates around the world to create regional production roadmaps.