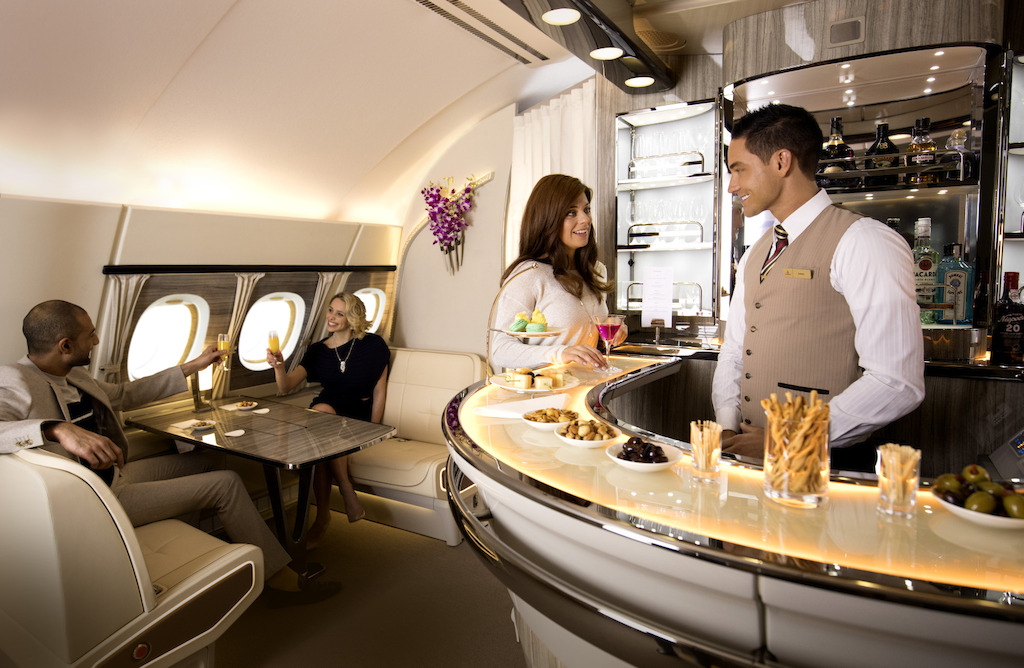 Perhaps the saying “nothing succeeds like success” is one explanation for Emirates’ phenomenal success which see it being named once again AirlineRatings.com Best Long-Haul Airline Middle East.

A combination of enlightened management, a near perfect global location for both hub and point-to-point operations, aggressive marketing born out of an open skies policy from its inception and non-stop innovation are the ingredients.

In the early 1980s, His Highness General Sheikh Mohammed bin Rashid al Maktoum, Crown Prince of Dubai, faced with the prospect that the tiny kingdom’s oil had a limited life set about developing Dubai as a major trading port and tourism destination.

The government established Emirates in 1985 with a one-off investment of $10 million. Initial services started on October 25 with an A300B4 and a 737-340 leased from PIA, which was supplemented by a 727-264 from the Dubai Air Wing in November of that year.

The airline’s first services linked Dubai with Karachi, Bombay, and Delhi. Growth was modest, and by 1995 the airline had refined its fleet to six A300B4s and eight A310s serving 37 destinations in 30 countries.

However, it was not until the late 1990s that Emirates’ radar was switched to long-range growth mode. Through the 1990s, Emirates and Dubai were off competitors’ and passengers’ radars.

But Emirates was making the running as the first airline to introduce IFE throughout the fleet in 1992 – ten years before most other airlines. In 1993 the airline fitted its Airbus fleet with in-flight phones and fax machines.

When the first 777s arrived in 1996, passengers could watch both a forward and downward view from external cameras, and the airline’s in-flight service was winning countless awards.

The ingredients were there for expansion. At the 2000 Farnborough Air Show, Emirates signed for seven A380s with five options. The next day, an order was placed for six 777-300s to bring its fleet to 19 777s. The momentum had started, but much, much bigger buys were to come.

Last year the airline carried 58 million passengers to and from 140 destinations.

Commenting on the two awards, AirlineRatings.com Editor-in-Chief Geoffrey Thomas said: “Emirates has been an industry benchmark in cabin innovation and aircraft for years and dominates long-haul travel, with a level of service that only a few equal.”