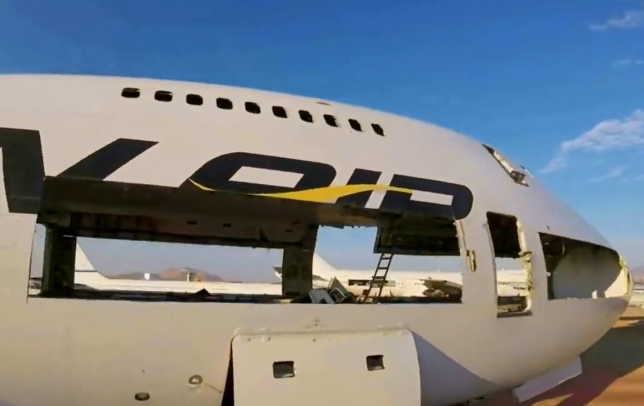 AircraftYTube has posted a video of a drone taking a fly-through to peek at a 747 in an aircraft graveyard being cut up in the USA.

These 747 aircraft are cut up for spares and then made into cans.