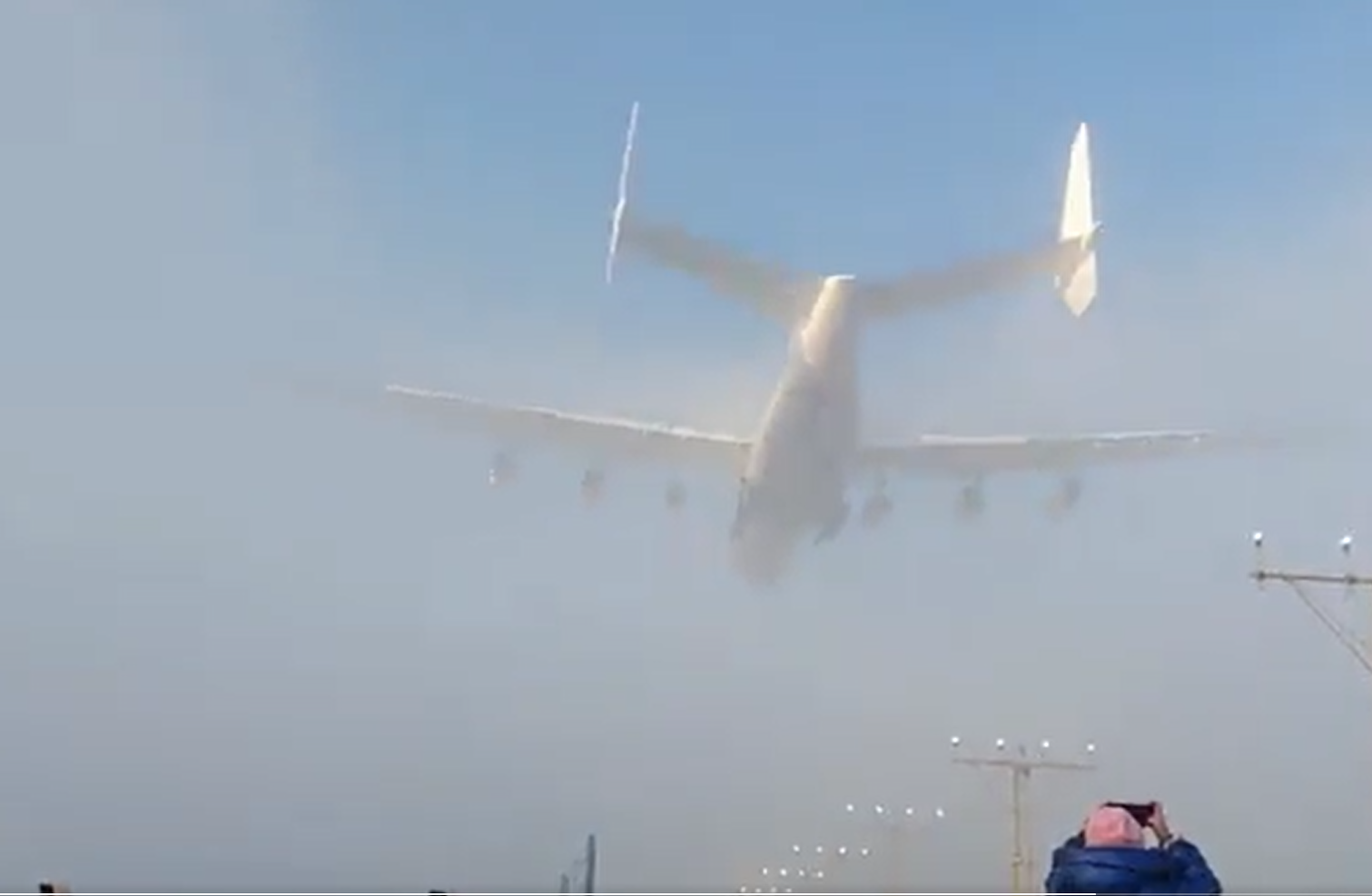 Aeronews has published a dramatic video of the giant AN-225 landing in fog at Rzeszow in Poland.

The video was taken by Maciej Skop.

In 2019 the An225’s smaller sister the AN-124 performed a spectacular take-off from Adelaide Airport in very strong crosswinds.

As the AN124, lifts off you can see the wind from the west push the aircraft off the centreline before the pilot kicks in rudder to counter the impact and get the aircraft back on track.

The airline was established in 1989 and has a fleet of 13 cargo aircraft including the AN225, the world’s largest aircraft.

The AN225 “Mriya” – was designed and built-in Ukraine and is now operated by Kiev-based Antonov Airlines.