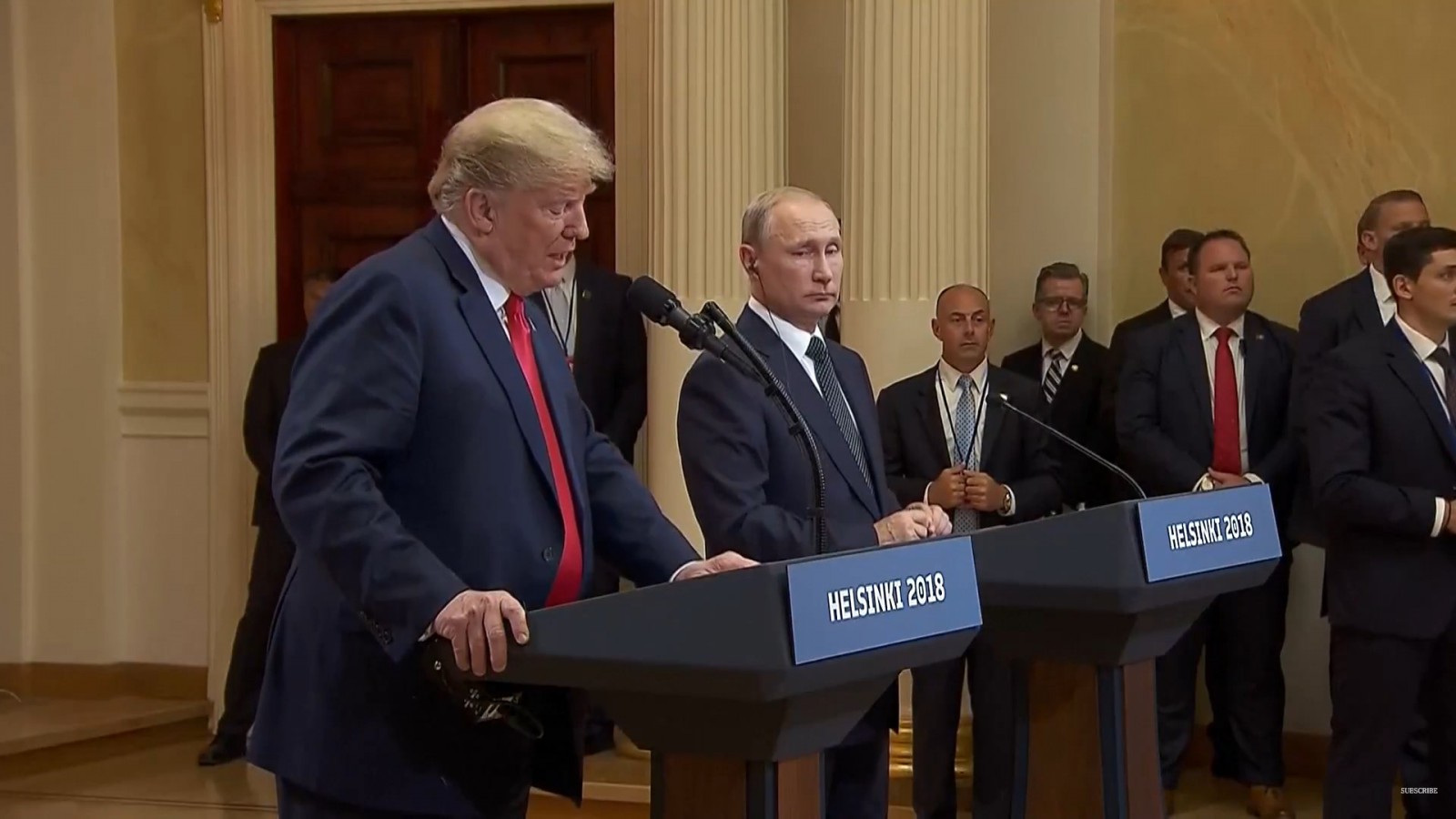 Donald Trump likes to pride himself on his chutzpah but it’s unclear if he had the gumption to demand answers from Vladimir Putin on the downing of Malaysia Airlines Flight MH17 during his meeting with the Russian leader in Helsinki.

The issue did not rate a mention as part of either leader’s statement or the limited questioning allowed in Monday’s post-summit press conference.

The G7 Foreign Ministers — and particularly Australian Foreign Minister Julie Bishop — had set the stage for Trump to discuss the issue with a statement ahead of the meeting and the fourth anniversary of the attack on Tuesday.

The Foreign  Ministers of the G7 countries once again condemned the shooting down of MH17 over Ukraine four years ago with the loss of 298 passengers and crew.

The Ministers representing the governments of  Canada, France, Germany, Italy, Japan, the UK and the US joined the High Representative of the European Union in condemning “in the strongest possible terms” the attack on the plane by a Russian-made BUK missile as MH17 travelled from Amsterdam to Kuala Lumpur on July 17, 2014.

“We are united in our support of Australia and the Netherlands as they call on Russia to account for its role in this incident and to cooperate fully with the process to establish the truth and achieve justice for the victims of MH17 and their next of kin,’’ the statement said.

“In a rules-based international order, those responsible for unacceptable actions, such as the firing or launching of the BUK missile of Russian origin, which intercepted and downed a civilian aircraft, must be held accountable.

“To this end, we call on Russia to immediately engage with Australia and the Netherlands in good faith to explain and to address all relevant questions regarding any potential breaches of international law.”

The Ministers also supported the work of the multi-national Joint Investigation Team.

Video and images posted on social media helped the JIT team conclude the BUK missile that downed the Boeing 777 came from a Russian army unit and significantly increased the pressure on Russia.

“The JIT’s findings on Russia’s role in the downing of MH17 are compelling, significant and deeply disturbing,’’ the G7 said.

Australian Foreign Minister Julie Bishop last week told the ABC she believed MH17 should be raised with Putin and Russia needed to take responsibility for the tragedy.

Asked if she was concerned Trump would not push Putin on the matters, she said: “Well, these are matters that I would raise if I were meeting with President Putin.

“The United States has its own foreign policy, its own priorities. We would urge the United States to not reward Russia for its bad behavior and certainly not invite Russia back into the G8.

“I think Russia has many questions to answer, including its involvement with Syria, backing the Assad regime and its use of chemical weapons. There are a number of matters that I would certainly raise with President Putin.”

Russia has strenuously denied involvement in the MH17 tragedy and has accused the JIT of ignoring Russian “facts and evidence”.

“There is a well-known style, a rough, clumsy algorithm,” Russia’s ambassador to Australia, Grigory Logvinov, said in a statement. “Dirty provocations are organized, and the guilty side is determined in advance.”