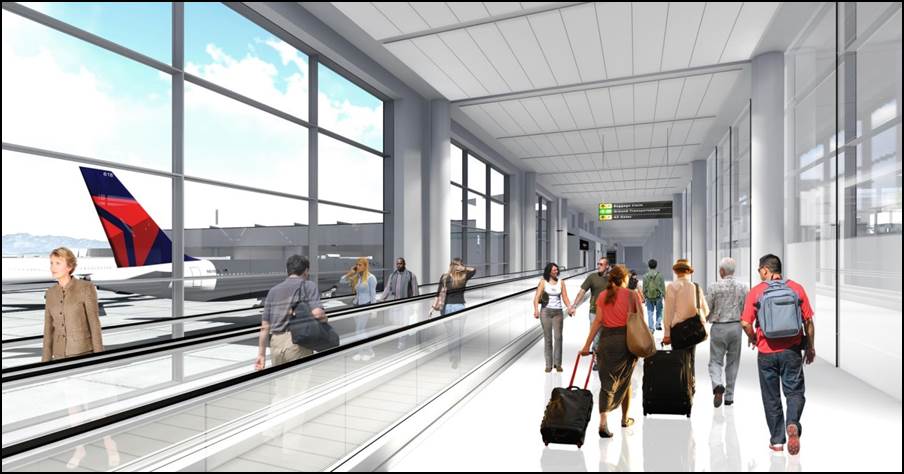 If you’re headed to or through Los Angeles International this springtime you might want to take note of a major move by Delta and some 20 other airlines.

Beginning May 12. Delta is switching operations from Terminals 5 and 6 to Terminals 2 and 3. The mega move should be complete by May 17.

Once the shuffle is over Delta will have 23 gates at LAX, and operate alongside many of its partner airlines, including Aeromexico, Virgin Atlantic and WestJet.

This mega-move is the first step in what Delta has dubbed its Sky Way at LAX.

Overall it’s a $US1.9 billion effort, one the airline says will help decongest the crowded ramp area at the airport.

Delta says all this shuffling will mean passengers don’t have to leave and re-enter the secure area to make connections.

The new space will sport Sky Clubs, a private Delta One check-in lounge and an in-line integrated baggage system.

Your best bet if you’re arriving or departing LAX during the latter half of May is to double-check gates and terminals with your airline.