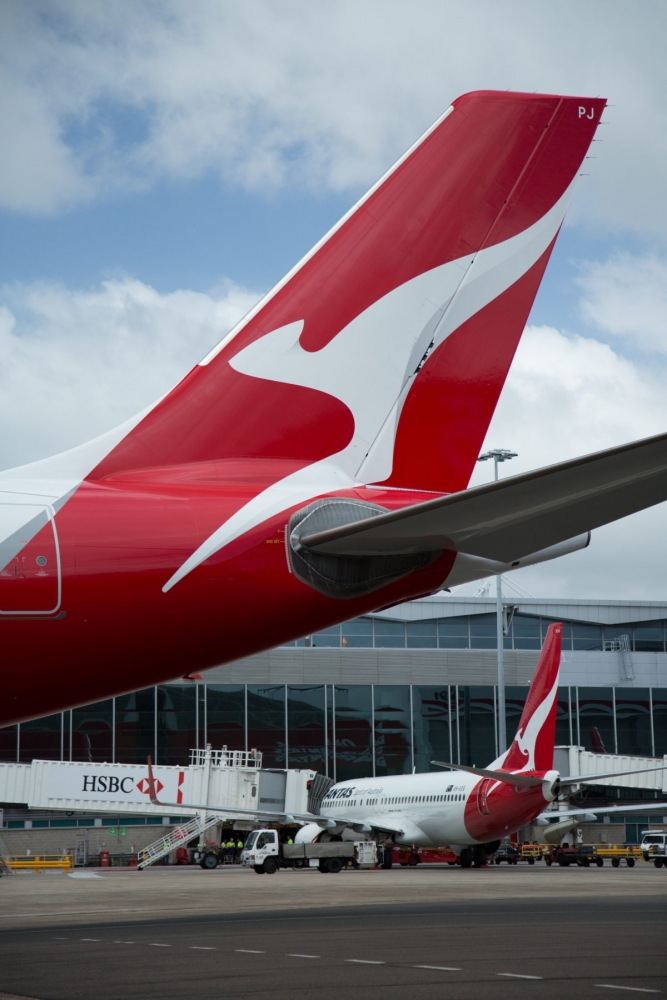 It isn’t rocket science but it seems some people are still having trouble grasping the simple instruction to call a flight attendant if they lose their phone in their seat.

A business class passenger on a Qantas Airbus A380 flight from Los Angeles to Melbourne has become the latest to ignore the instruction and cause a furor by crushing their mobile phone moving the seat in an attempt to retrieve it.

SEE our video “Dispelling the myths about flying”.

The aircraft was about two hours out of Melbourne Wednesday when the smell of burnt rubber reportedly wafted through the cabin and flight crew were seen heading to the business cabin with fire extinguishers.

The cabin crew contained the smoking phone and the pilot decided to continue to Melbourne after a conversation with the airline’s operations center.

“Our crew are trained to handle these situations and the crew onboard followed all the correct procedures,’’ a spokesman said.  “This incident shows why we ask passengers to seek help from our cabin crew in retrieving their mobile phones.”

Not following the correct procedures or the advice given on every flight during the safety video can be dangerous.

Australia’s Civil Aviation Safety Authority estimates the average Australian passengers travel with three to four personal electronic devices on their person with another one to two packed in checked baggage.

“While rare, there have been incidents of malfunctioning/damaged lithium batteries in recent years with the most common cause being smartphones and their batteries being crushed in passengers’ seats,’’ CASA said.

Crushing a phone is not the only reason a  battery might ignite: others include electrical shorting, rapid discharge, overcharging, a manufacturing defect, poor design or by simply being dropped.

The more severe cases can result in a “thermal runaway”,  a reaction within the battery causing internal temperatures and pressure to rise at a quicker rate than can be dissipated.

“Once one cell within a battery goes into thermal runaway it can produce enough heat to cause adjacent cells to sympathetically react,’’ CASA warns. “ This can produce  smoke, fire and fumes that can repeatedly flare up as each battery cell in turn ruptures and releases its contents.”

The overheating was traced to a loose screw from an unapproved screen repair causing a short circuit.

Perhaps the most widespread impact of lithium battery fires came when manufacturer Samsung was forced to discontinue the Galaxy Note 7  in 2016 after it was banned by airlines globally for safety reasons.

CASA tells airlines to educate passengers on how to use and stow their devices and not to use mechanical or electrical seat functions when a device is lost in a chair.