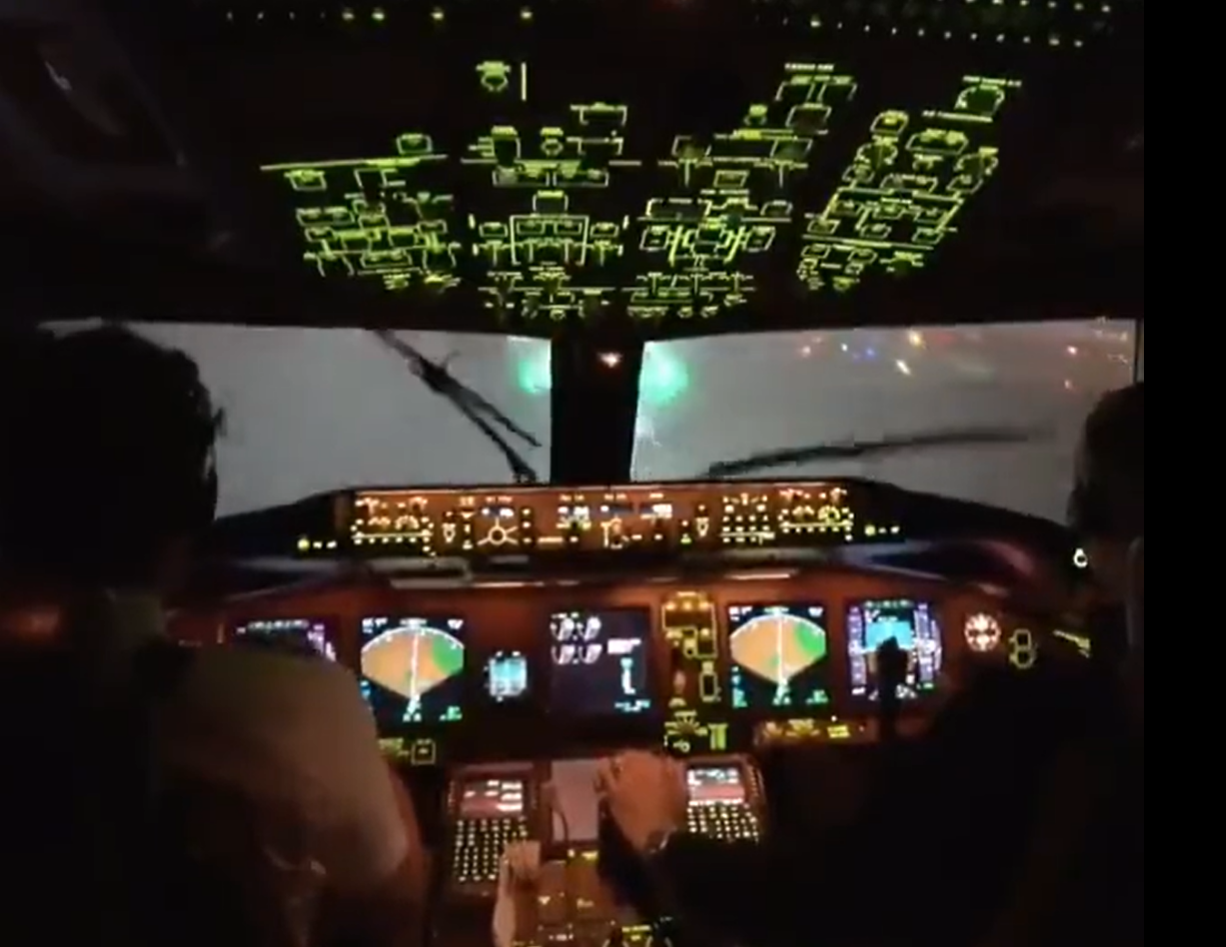 We have a stunning video of landing in driving rain from the cockpit of a Boeing 777.

The Boeing 777 is one of Boeing’s most successful jets and the backbone of the world’s global long-haul fleet.