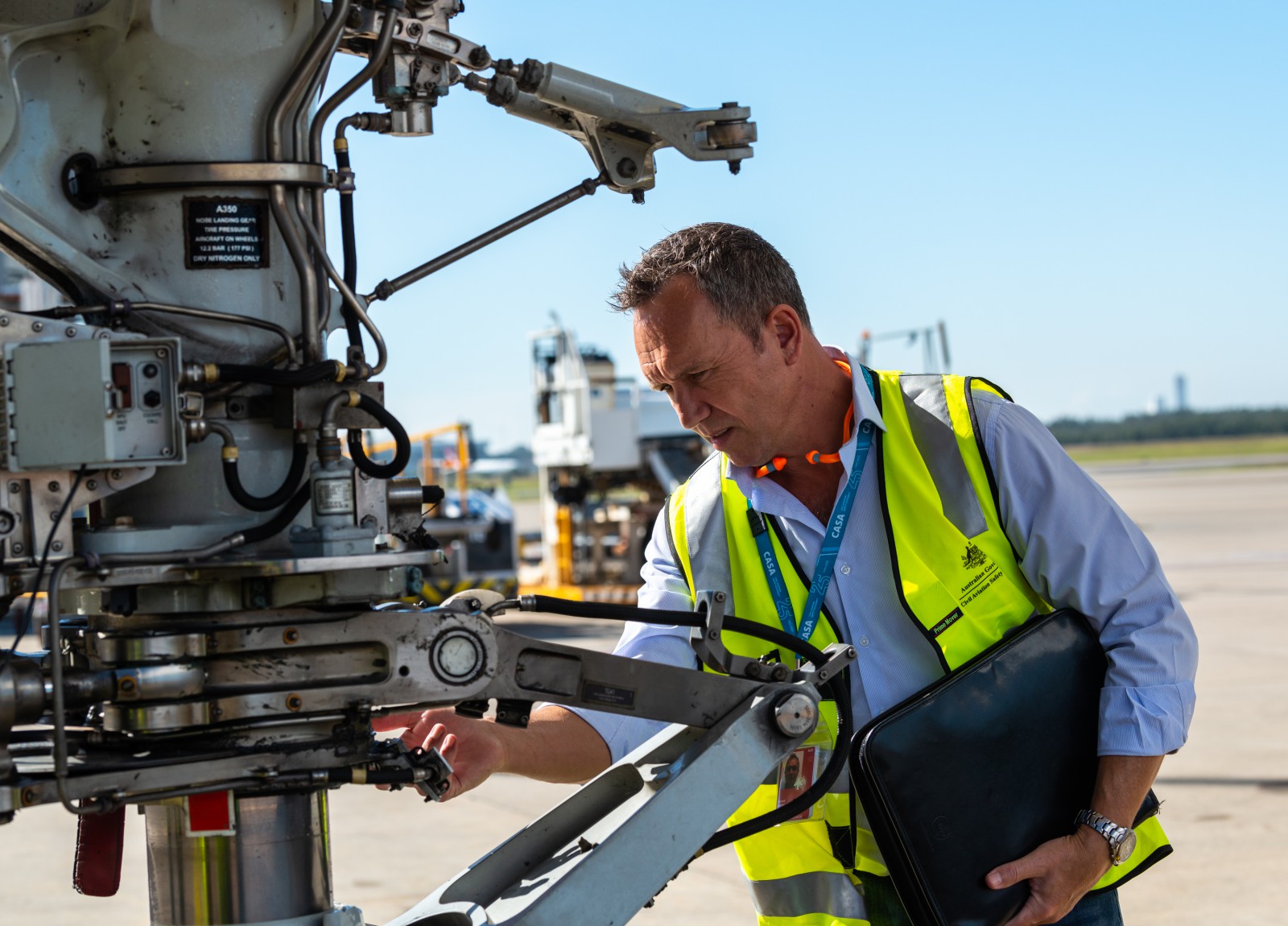 The end of COVID restrictions has seen a steady rise in international flights to Australia and a corresponding increase in workload for CASA’s inspectors.

Aviation’s enviable safety record is due to rigorous safety systems developed by the aviation industry and regulators over many years.

Unannounced ramp inspections are part of those systems and involve checks of aircraft, airline crew and documentation to ensure they meet international standards.

CASA’s International Operations team employs  5 inspectors who perform about 130 inspections a year. Approximately 70 inspections on 48 airlines from 27 countries have already been undertaken this year.

The aim is for each airline operator servicing Australia to be inspected at least once per year.

They inspect aircraft at major gateway airports such as Perth, Sydney, Melbourne, and Brisbane as well as at international destinations such as the Gold Coast, Cairns, Darwin and Canberra.

‘We conduct ramp inspections on foreign operators deploying throughout Australia to ensure they meet the international standards and subsequently the travelling public can be confident the airlines they travel on are safe,’’ said CASA International Operations Manager Grant Hamilton.

“Generally, we have two inspectors on a ramp check – a flying operations inspector and airworthiness inspector – and, when resources allow, we have a cabin safety inspector as well.

“This ensures we can get on and off the aircraft in an appropriate time and don’t delay the aircraft.

“At the end of the inspection, members of the ramp inspection team come together, collate their findings and have a discussion on the safety impact, if there are any issues.”

Inspectors interview the incoming flight and cabin crew as well as the engineers involved in the operation while the aircraft is on the ground.

Their inspection includes an examination of aircraft, flight and cabin crew documentation.  They also look for fluid leaks, check door seals and wear on equipment such as brakes and tyres.

A cabin safety check ranges from safety cards to crew seating, seat belts and the pressure in escape slides.

“When we’re in the cabin, we’re looking at safety equipment. We’re looking at fire extinguishers, oxygen and first aid kits and we have to make sure they’re working and they’re accessible.”

The inspections are part of a global system involving 51 countries and coordinated by the European Union Aviation Safety Agency (EASA). In a normal year, some 14,000 inspections are conducted globally in this program using a standardised checklist.

Safety information is shared between participating states and inspection results are entered into a centralised database.

There is no pass or fail but operators must meet International Civil Aviation Organization (ICAO) standards.

Operators who consistently fail to meet standards can ultimately be placed on the European Union’s Air Safety List and banned from flying to the EU.

Hamilton said any findings were rated according to three categories.

“With category one, it’s more about awareness if there’s an issue there that we perceive may impact safety at some point,” he said.

“Category two is a bit more serious where we will advise their national regulator that we have concerns with this operator.

“With a category three finding, we can potentially ground the aircraft or restrict its operations in some way on their flight out of Australia.”

The CASA manager said airlines and their crews understood the value of ramp checks and their contribution to safety.