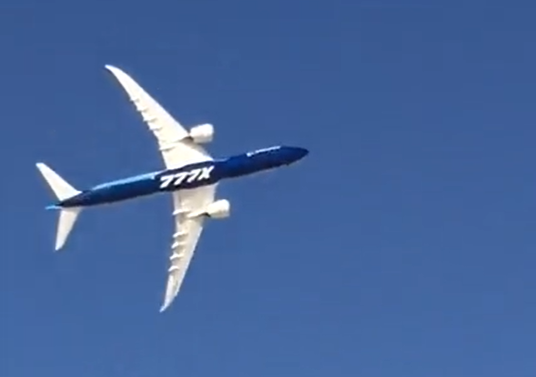 The Boeing 777X has put on a stunning display to open the Dubai Air Show in the UAE.

The vision, taken by Airlineratings.com European Editor Andreas Spaeth, is breathtaking and left the crowd spellbound.

Seems like @BoeingAirplanes #Boeing777X performed a touch of a barrel role today at #DubaiAirshow, stunning. In 1955 Tex Johnston did a full one on #Boeing707 prototype over Lake Washington #avgeek pic.twitter.com/QXKoj7uOvm

Last week Emirates President Tim Clark was critical of Boeing and the delays in the certification of the 777X.