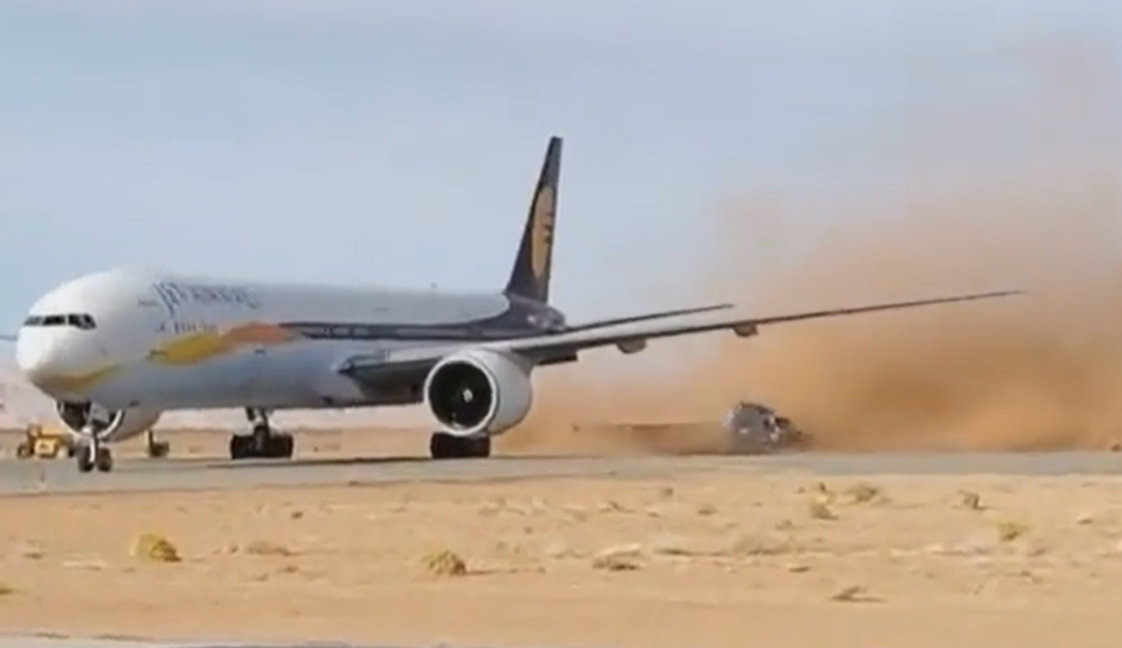 We have a video of the Boeing 777 doing test engine runs and blowing over a huge semi-trailer truck.

The Boeing 777 belongs to Jet Airways.

The world’s biggest plane, the AN-225 to be rebuilt