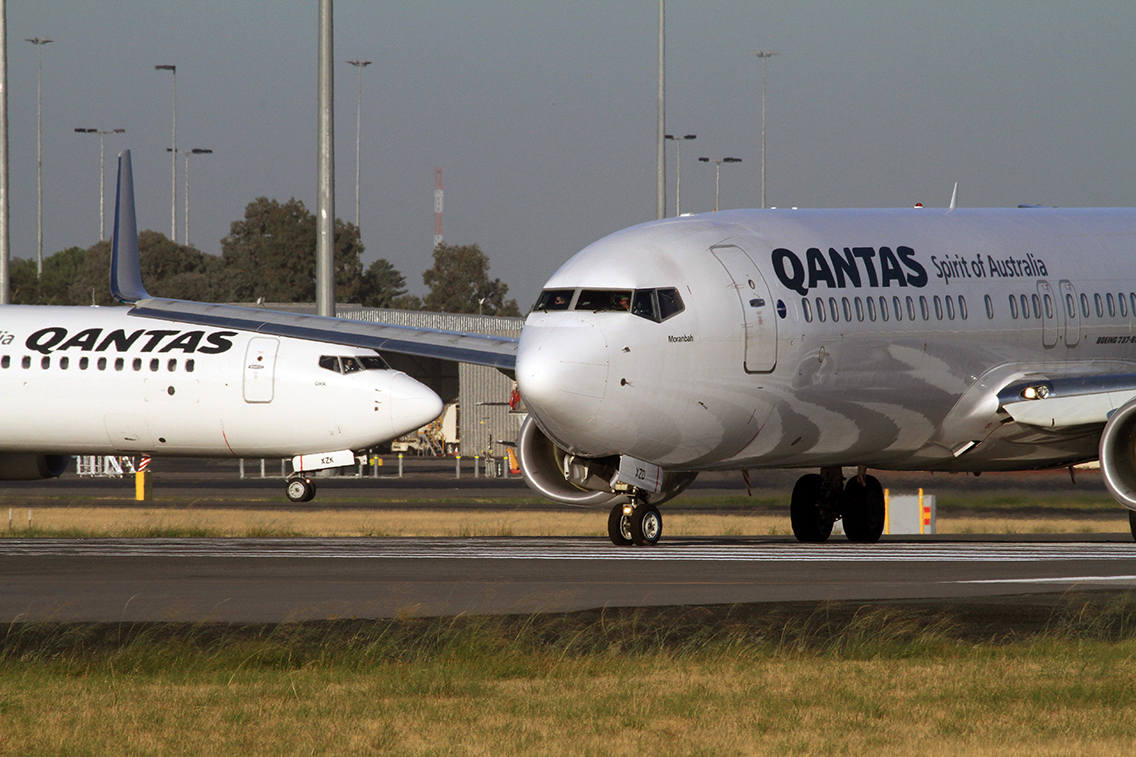 A drunk fly-in, fly-out passenger who tackled a Qantas flight attendant when she tried to stop him from recording her on his mobile phone on a plane at a Pilbara airport has been jailed for one year, according to thewest.com.au.

Mr. Walters was found guilty after a three-day trial of unlawfully assaulting a Qantas cabin crew member so as to interfere with the performance of their functions or duties connected to the operation of an aircraft.

Read The World’s Best Airlines for 2019

According to TheWest.com.au, the 48-year-old, “came to the attention of the Qantas cabin crew when he was missing from his seat on the emergency exit row.”

“After an announcement, he emerged from the toilet and showed Ms. Dwyer his driver’s license, which revealed he had swapped boarding passes with his colleague.

“Walters smelled of alcohol, was unsteady on his feet and slurring his words, and so a decision was made that he was unsuitable for an exit seat but could remain on the flight in a different seat.

“Ms. Dwyer was at the front of the plane finding Walters a new seat when Walters’ colleague tried to board but was told he would not be traveling on the flight because he was too drunk.

“The man had become aggressive and was swearing when Walters took out his phone and declared he would record the interaction and put the footage on YouTube.

“Ms. Dwyer repeatedly told Walters she did not want to be videoed before she reached for his phone and he tackled her backwards into the corner of the galley, causing her to hit her shoulder, hip, and head.

“Passengers got up to intervene before the Qantas pilot, who watched the altercation through a peephole, pulled her into the flight deck and locked the door.

“Walters and his drunk colleague were escorted off the plane, which was delayed for three-and-a-half hours,” Ms Hampton reported.

Sentencing Walters on Friday, Judge Bruce Goetze likened the force used by Walters, who was much bigger than Ms. Dwyer, as how “people would prepare to go into a rugby tackle”.

“My finding is there was some considerable force used … it was a body slam” Judge Goetze said.

References described Walters as a caring, loving and non-violent person and that the attack was a “one-off” but Judge Goetze found Walters’ crime was too serious and sent him to jail for one year, Ms Hampton reported.

“An assault on a crew member of an aircraft is a serious matter,” he said. “What you did was highly disruptive of the flight and had serious consequences, even if it was in the pre-flight mode.

“Everyone on board an aircraft is in a vulnerable position, they are in a confined space and when you are dealing with drunk people, that’s something the crew has to take into account .. because drunk people can be unpredictable.

“I don’t know what you were thinking when you shoulder charged her in a confined space.”

Walters will become eligible for parole after serving six months behind bars.