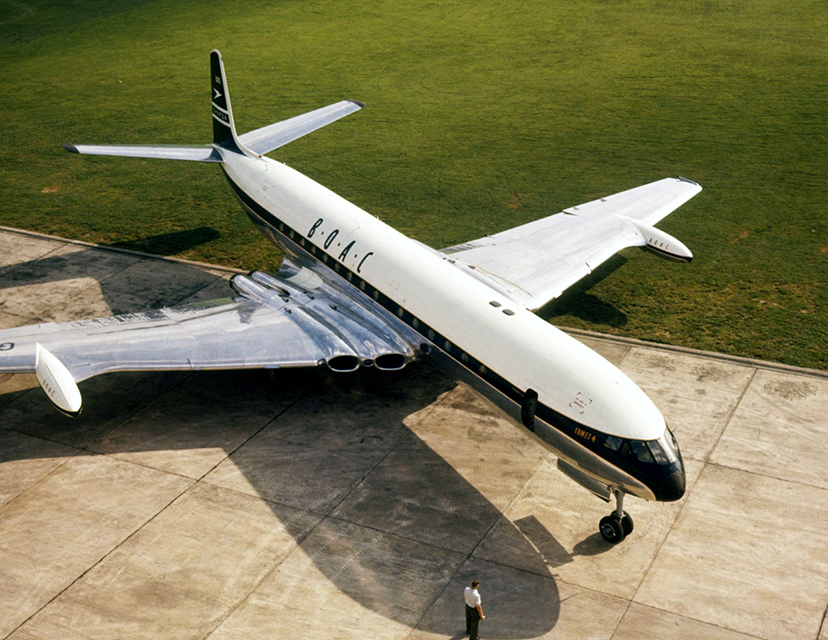 A ticket on the first jet-powered Comet 4  flights across the Atlantic six decades ago cost the equivalent of £8,000 ($US10,560)  but cut travel time from 18 hours to just seven.

The de Havilland Comet 4 made global headlines when operated the first jet service between the Uk and the US  carrying 48 passengers on October 4, 1958,   narrowly beating US rival Pan American for the honor.

The British Overseas Airways Corporation (BOAC), the predecessor to British Airways, flew two aircraft: one from New York to London and the other from London to New York.

Dignitaries on the inaugural included the chairman of BOAC.

READ How we used to pass the time on long flights.

Peggy Thorne, 91, who was hand-picked as a flight attendant recalled at the recent 60th anniversary: “It was marvelous We were used to travelling to New York on Boeing Stratocruisers which took up to 20 hours.

“We couldn’t believe the flight was possible in such a short time.”

The original version of the Comet debuted in 1952 but was withdrawn after three high-profile crashes, two of which were caused by structural failure due to metal fatigue.

A redesigned version – with oval windows instead of the original square versions and structural reinforcing   — took to the air in 1953 and was followed in 1954 by the Comet 3, which formed the basis for the Comet 4.

Commercial flights would not resume until 1958 and by that time customers who had ordered the Comet 3 switched to the new variant.

It would prove the most successful variant, with 77 eventually built,  and would remain in service until 1980. A military version would keep flying for the UK Ministry of Defence until 1997.

But the Comet’s reign would quickly be eclipsed by an American jet that was bigger, faster, could fly further and was more cost-effective: the Boeing 707.

“We served customers Madeira biscuits and coffee when they came on board, followed by cocktails and canapes, and then a five-course lunch with wines,’’ Thorne recalled. “Petit Fours followed and then there was Afternoon Tea! Our customers loved it – they ate and drank from when they got on board until the time they got off.”