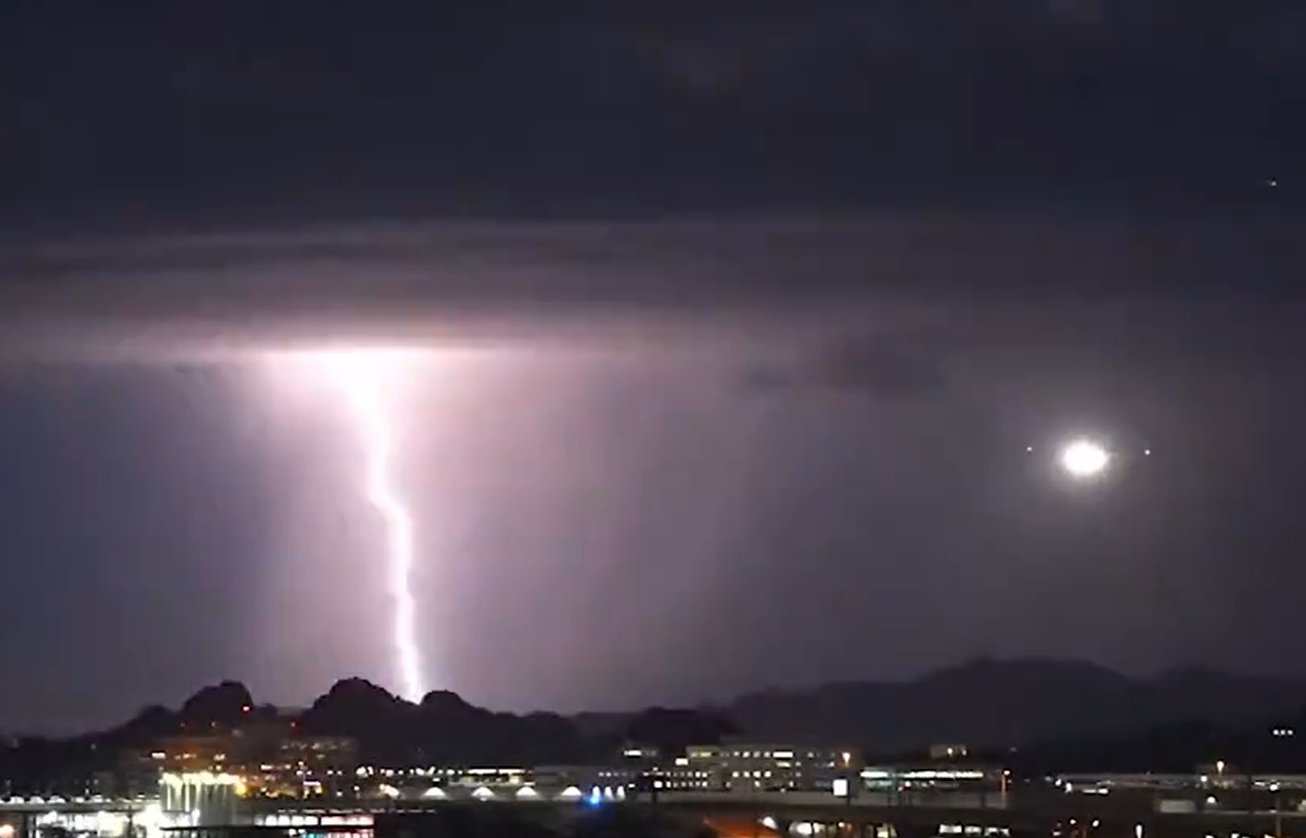 Airline Videos has captured an awesome video of thunderstorms that lasted for hours at SkyHarbor Airport in Phoenix Arizona.