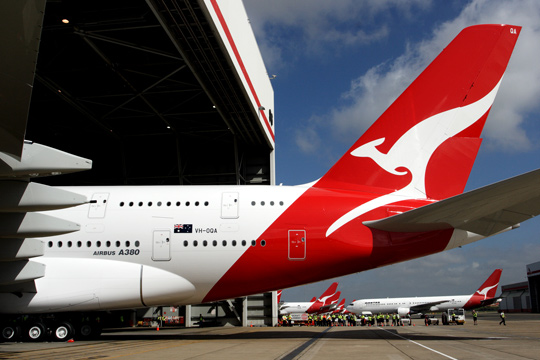 Australian aviation unions say workers are not reaping any benefit from the federal government’s aviation assistance package and have warned the nation may lose vital skills.

About 28,000 workers are being stood down by Qantas and Virgin Australia and the unions say the government’s package — which provided relief in areas such as fuel excise and air navigation charges — is of limited use when planes are not flying.

“What we are asking is that when further aviation support packages are considered, ongoing wage relief be a key element.

“Australia cannot afford to lose qualified aviation professionals who will play a vital role in relaunching the industry when the COVID-19 downturn ends.”

The unions called on the government to ensure that aviation support packages cover all businesses and workers in the industry.

“With tight government restrictions on movement directly impacting aviation, the industry needs more government support to ensure it survives this downturn,’’ they said.

Separately, the Transport Workers’ Union has called on the government to pay 80 percent of workers’ wages.

The TWU echoed criticism from the other unions that workers were required to use their leave while stood down.

A more radical suggestion from the union was that the government take a partial stake in Qantas.