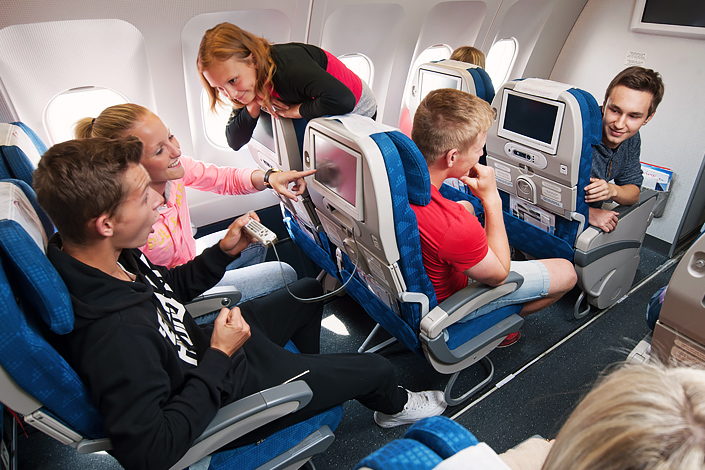 If you were to ask anyone if a mode of transport that had reduced its CO2 footprint by 84 per cent per passenger in the past 65 years was acceptable, the answer undoubtedly would be a resounding ‘yes’.

That is exactly what the jet-powered passenger aircraft has achieved and that is why it is so cheap to fly.

But make no mistake, climate change is real, is certainly not new, and is a big issue for frequent flyers and large corporate organizations.

The first scientist to show the link between CO2 and warming was Irish physicist and atmospheric scientist John Tyndall in 1859 when he discovered that water vapour, carbon dioxide, and ozone were the best absorbers of atmospheric heat.

READ: I hold the world non-stop flying record for a commercial jet.

However, CO2 was below 300 parts per million at the time, and his findings were more of a scientific curiosity than a cause for concern.

Fast forward to today and the situation is radically different at 407 parts per million, the highest in 800,000 years.

The airline industry is well aware of the problem and has been actively striving to reduce fuel use for decades. Initially not because of climate change, as it wasn’t an issue, but because a kilo of fuel carried is a kilo of paying payload that cannot be carried.

Pure and simple economics was the motivation and that has always been the fundamental driver of aviation.

Now the imperative is to speed that reduction to minimize the impact of aviation on the environment and the industry as lofty goals and is making great progress.

The aviation industry supports the director of the Climate Change Institute and a vice-chair of the IPCC Professor Mark Howden who says: “The scale of the increase of CO2 is huge. In my lifetime it’s gone up 100 parts per million. There has been plenty of research into CO2, but as far as its effect on atmospheric warming goes not much has changed and anyone who says that this doesn’t happen has to catch up with 150 years’ worth of science.

And that imperative for action is more evident than ever as record temperatures hit Europe in 2019. That heatwave followed similar record-breaking events in Australia in 2018 plus extreme wildfires in California.

Australia also suffered record cold snaps in June and July of 2019 and even saw snow falling on an Australian Rules Football game for the first time in Canberra. (The Australian capital gets one or two days of snow a year)

However, while Greta Thunberg’s efforts are to be applauded, her Shame of Flying initiative misses the mark as the airline industry is solving its climate challenge impact to ensure people can continue to travel responsibly.

And the actions of the industry are not just hollow rhetoric.

In 2016 the aviation industry and its regulator the International Civil Aviation Organisation (ICAO) launched the first industry-wide sector-specific climate program, Corsair, that will spend $40 billion on projects that cap the climate impact.

The program formalizes the commitment to cap net CO2 from aviation from 2020 and then cut CO2 emissions by 2050 to half what they were in 2050, which aligns with the 2C Paris agreement goal.

Corsair is a global market-based measure to cap aviation emissions whereby airlines and other aircraft operators will offset almost all the growth in CO2 emissions from international flights above 2020 levels using projects approved by ICAO.

While the goal is lofty the industry admits that not all the solutions are to hand but judging by the progress since 1990 of a halving of the carbon footprint of individual journeys, the goal is achievable. Part of that success is because the industry is beating its goal to improve fuel efficiency by 1.5 per cent annually and since 2009 has achieved a 2.3 per cent rolling improvement.

And aside from what the industry is doing flyers simply have to select Offset My Flight in the booking process to fly with a CO2 free conscience. The cost is not that great.

And if they don’t then Greta is right, they ought to be ashamed to fly.

Geoffrey Thomas is a co-author of “Greener Wings – Aviation’s true impact on the environment.”