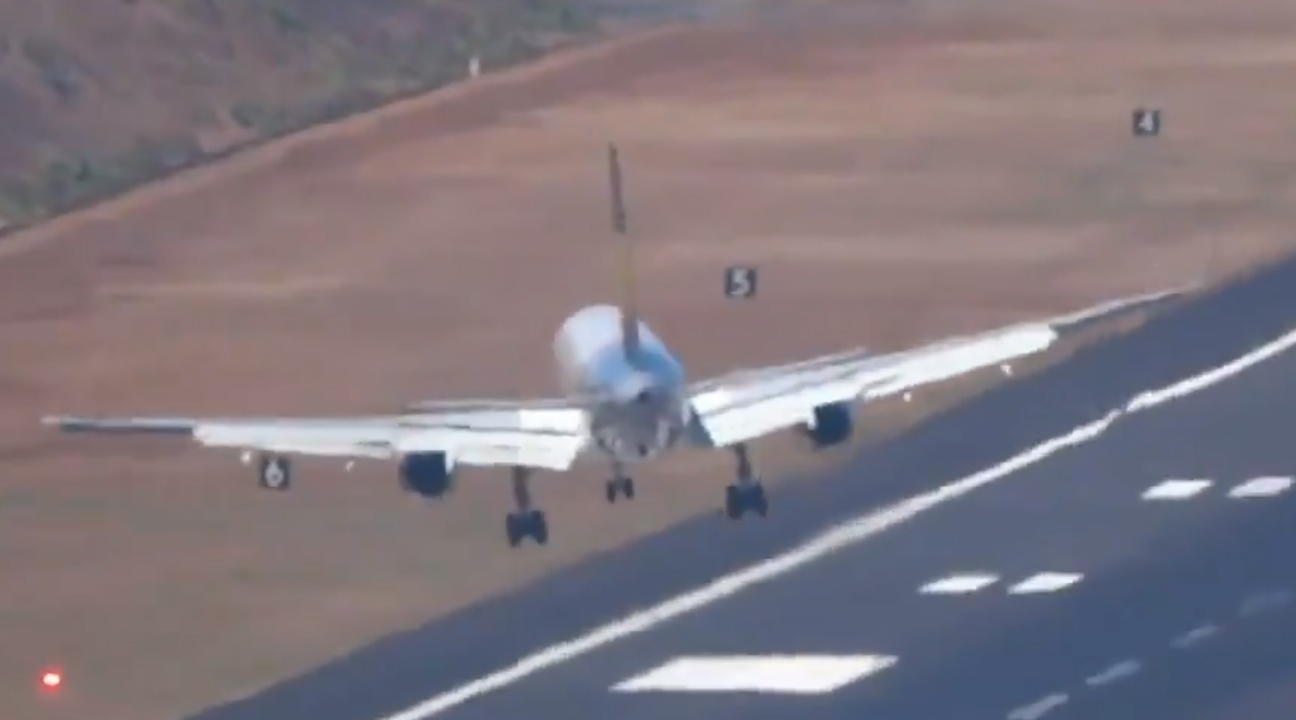 This airport is located right on the ocean and is incredibly exposed and from one end the pilots are required to do a curved approach as well.

This takes great skill and the results – if not done properly – are often quite spectacular as shown in this video.