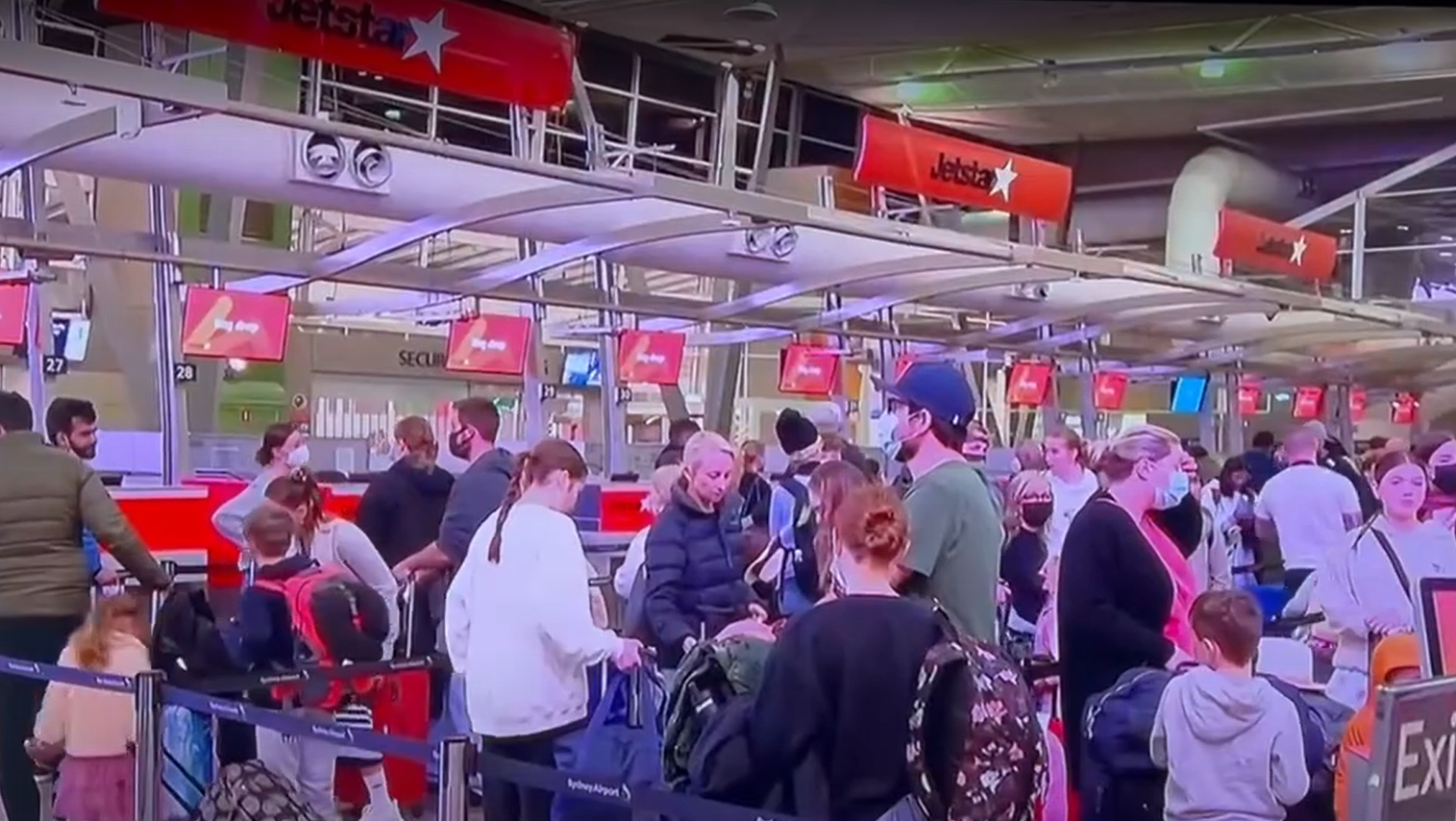 Airlines are not to blame for the travel chaos that is currently impacting passengers across the globe.

Rather it is a perfect storm of factors that have combined to wreak unprecedented havoc – and travel chaos – on the industry and its passengers in every corner of the globe.

These travel chaos factors include:

Over the past 27 months, airlines were forced to let go or lay off hundreds of thousands of staff and many have left the industry to find other more secure jobs. A handful of airlines received “full” support from their government owners and were able to retain staff but most only received partial assistance or none at all.

With travel surging the big issue now is the staff that are available are being struck down by COVID-19 with new variants springing up. In Australia, Qantas and Virgin Australia are reporting up to 30 per cent absenteeism. If one pilot or one cabin crew member calls in sick the whole flight may have to be cancelled if the location is not a crew base but a remote or turnaround port.

Over the past 27 months, governments have sought to control and cap the spread of the pandemic with border closures. This has caused utter chaos for airlines with often no warning of closure and limited advice on re-opening. During an 18-month period in Australia, Qantas was forced to change its schedules 90 times as different state governments applied differing rules and bans. Governments across the globe flip-flopped month and after month costing airlines billions.

Over the past two years, the airline industry has lost almost US$220 billion and its ability to “spring back” to life is severely impacted. The industry also lost $887 billion in revenue.

Since January this year fuel prices have leapt from US$80 a barrel to US$155 forcing ticket prices up.

In some parts of the world such as Australia, unprecedented bad weather is causing massive problems. The networks of Qantas and Virgin Australia have been thrown into utter chaos by extraordinary rainfall with Sydney receiving in one week, the same rainfall as London gets in a year.

Airports, like airlines, have suffered through the COVID-19 crisis and are now struggling to get staff back and open up all the terminals that were shut down through the pandemic. Many have used the downtime to improve infrastructure or install new security screening machines but the supply chains for these as well as so many other things are severely impacted thus many airports are like construction sites further slowing passenger processing.

Russia’s brutal invasion of Ukraine has closed one of the major air corridors into Europe from Asia adding fuel costs for many journeys. Airlines are also boycotting Russian airspace in protest of the invasion and this is adding up to four hours of flying time for some journeys.

COVID-19 absenteeism and the closure of Russian and Ukrainian airspace have resulted in additional delays in and over Europe.

Faced with unprecedented COVID-related illnesses airlines are cancelling thousands of flights to try and take pressure off networks and bring stability to the industry.