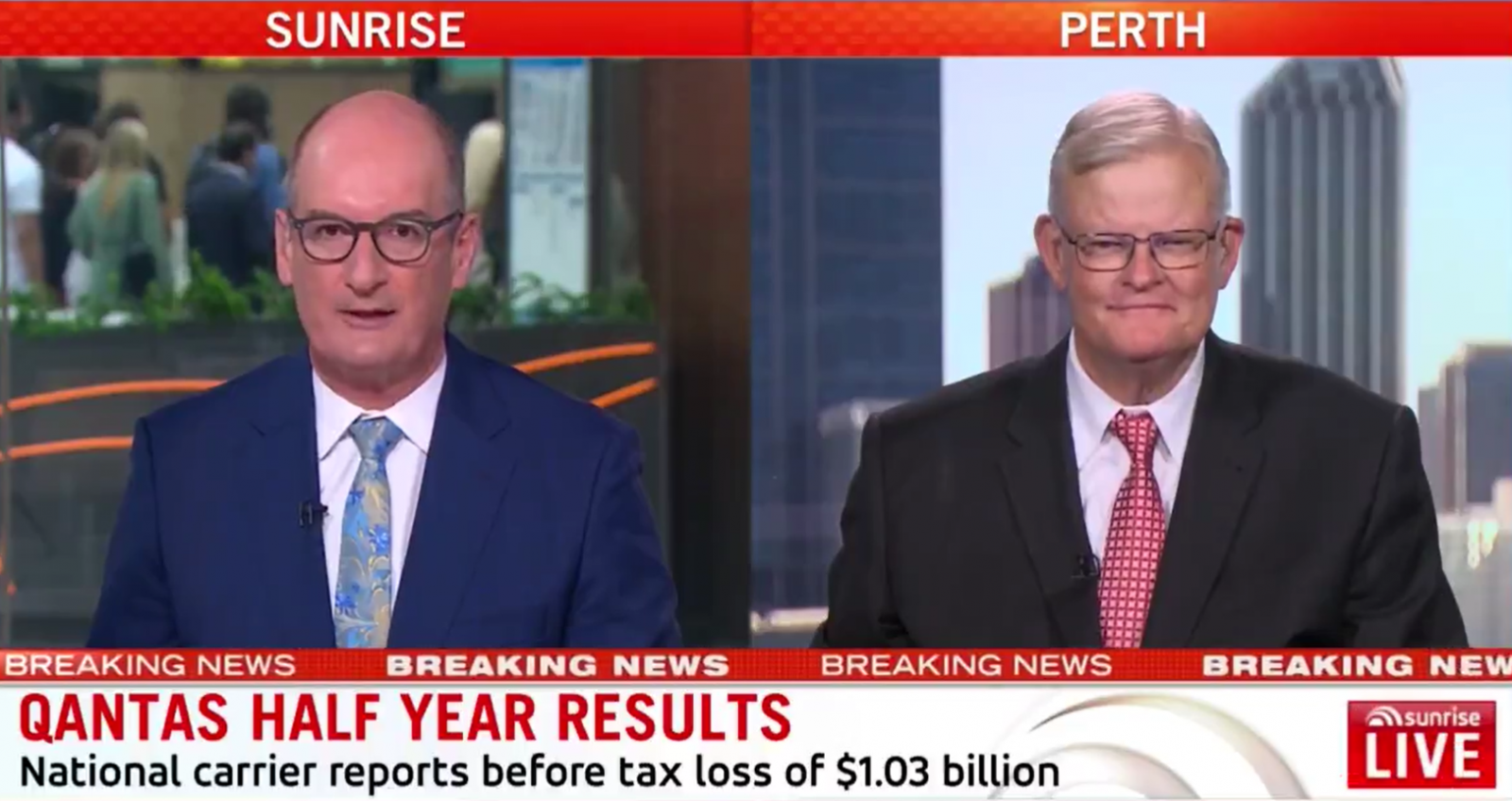 Australia's national carrier @Qantas has unveiled a billion dollar-plus loss in profits in the first half of its trading year, dogged by both domestic and international travel restrictions due to the coronavirus pandemic. pic.twitter.com/1wafNovaOe

A freeze on international travel and Australian state border closures have combined to send Qantas into a A$6.90 billion revenue tailspin- the worst downturn in its six-month result in its 100-year history.

For the six months to December 31, it made a statutory loss before tax of $1.47 billion compared to an underlying first-half profit of $771 million and a net profit of $445 million for the 2020 half.

Today’s sickening result underscores the devastating impact of COVID-19 on global and Australian travel with Qantas revenue down 75 percent.

Qantas said its underlying loss before tax was $1.03 billion, although it has an underlying cash flow of $1.05 billion with total liquidity of $4.2 billion, providing capital for restructuring and buffer against uncertainty.

On the upside, it said that domestic airlines were generating positive underlying cash flow.

It noted that its restructuring program was on track to deliver $0.6 billion in cost benefits in FY21.

A year ago, Qantas cautioned the market it was facing a $150 million coronavirus headwind and would trim capacity by 3.8 percent in the second half — the equivalent of grounding 18 planes — to soften the blow.

Just six months later at the full-year results, the reality was a $4 billion hit to revenue as the airline was all but grounded.

The Group generated an Underlying EBITDA of $86 million, reflecting the fundamental resilience of the portfolio.

The Group’s Statutory Loss Before Tax of $1.47 billion included further redundancy and restructuring costs of $284 million (in addition to the $642 million provided for in FY20) and a further $71 million write-down of the A380 fleet in-line with its Australian dollar market value.

“During the half we saw the second wave in Victoria and the strictest domestic travel restrictions since the pandemic began. Virtually all of our international flying and 70 percent of domestic flying stopped, and with it went three-quarters of our revenue.

“Despite the huge challenges, these results show the Group’s underlying strength.

“When we had the opportunity to fly domestically, we saw significant pent-up travel demand and generated positive cash flow.

“Qantas Loyalty still had significant income because the program has evolved to the stage where the vast majority of points are earned from the activity on the ground. Qantas Freight had a record result and has been a natural hedge to the lack of international passenger flying, which has created a shortage of cargo space globally.

“These factors couldn’t overcome the massive impact of this crisis, but they have softened it.

We’ve maintained a high level of liquidity because we were quick to cut costs and because we’ve been able to raise debt and equity. This gives us the breathing room to deal with the levels of uncertainty we’re still facing and funding for the restructuring that will ultimately speed up our recovery.

Since then the shares have been on a rollercoaster ride reacting to state border closures but climbing ever so slowly to a close of $5.01 last night.