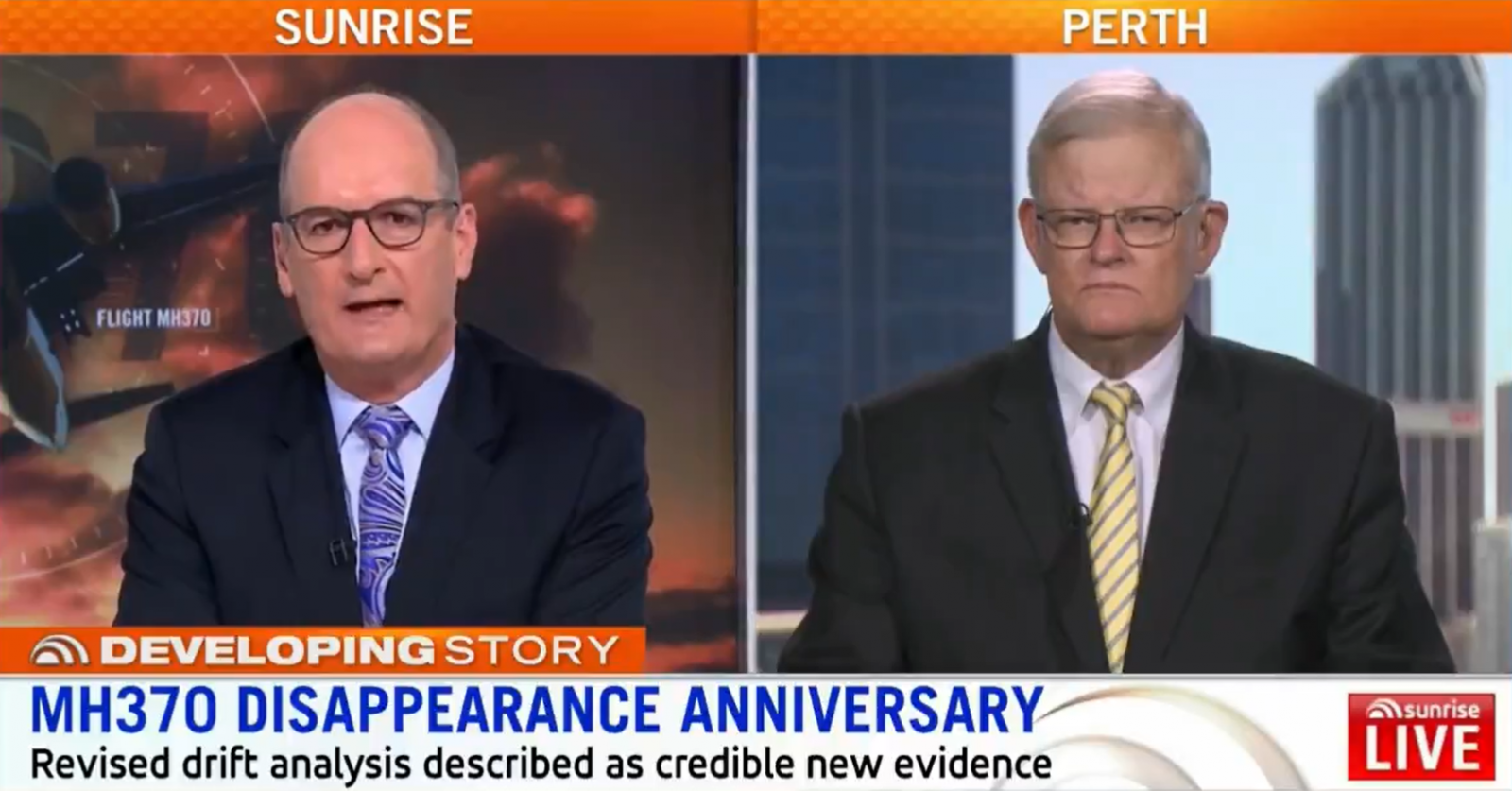 Airlineratings.com Editor-in-Chief Geoffrey Thomas has spoken on the 7th anniversary of its disappearance about the possibility of a new search for MH370.

A new drift analysis conducted by one of the leading experts in the search for MH370 has found credible new evidence of the final resting place of the Boeing 777 and its 239 passengers and crew.

The new area – 1,960 km – due west of Cape Leeuwin, Western Australia is in a location that has been partially searched before but is in very difficult terrain with the sea bed up to 5000m deep with high mountains, deep ravines and even volcanoes.

The drift analysis comes hard on the heels of an updated flight path analysis and both overlap building a compelling case to re-start the search.

On the seventh anniversary of the mysterious disappearance of of MH370, there's a push to undertake a fresh search for the wreckage of the plane. @GeoffreyT_Air has more. pic.twitter.com/FvgwkhdehR

The Malaysian Government and US undersea search specialists Ocean Infinity (OI) have previously stated that credible new evidence is required to re-start the search.

The author of the new 126-page study MH370 Floating Debris – Drift Analysis is Richard Godfrey, an aerospace engineer who helped design part of the Space Station, and is a founding member of the Independent Group, a team of highly respected scientists and engineers who have helped lead the search for MH370 with their comprehensive satellite tracking analysis of the Boeing 777.

Speaking with Airlineratings.com Mr. Godfrey said he “would definitely describe the independent results of the Flight Path Analysis and the Drift Analysis as credible new evidence.”

Mr. Godfrey has been assisted with his new paper with drift modeling from David Griffin at the CSIRO.

Almost half of the debris has been found by Blaine Gibson who also rallied others to look resulting in more finds.

“Blaine has done some great work and all this drifts analysis would not have been possible without his efforts,” Mr. Godfrey said.

Mr Godfrey says that of the 33 pieces of debris found which are confirmed or likely from MH370, 18 are statistically relevant for the drift modeling and those pieces confirm a common point of origin of 34.13°S ± 1.06° near the 7th Arc, which implies a crash location within 65 nm (120km) of the Last Estimated Position of the Boeing 777.