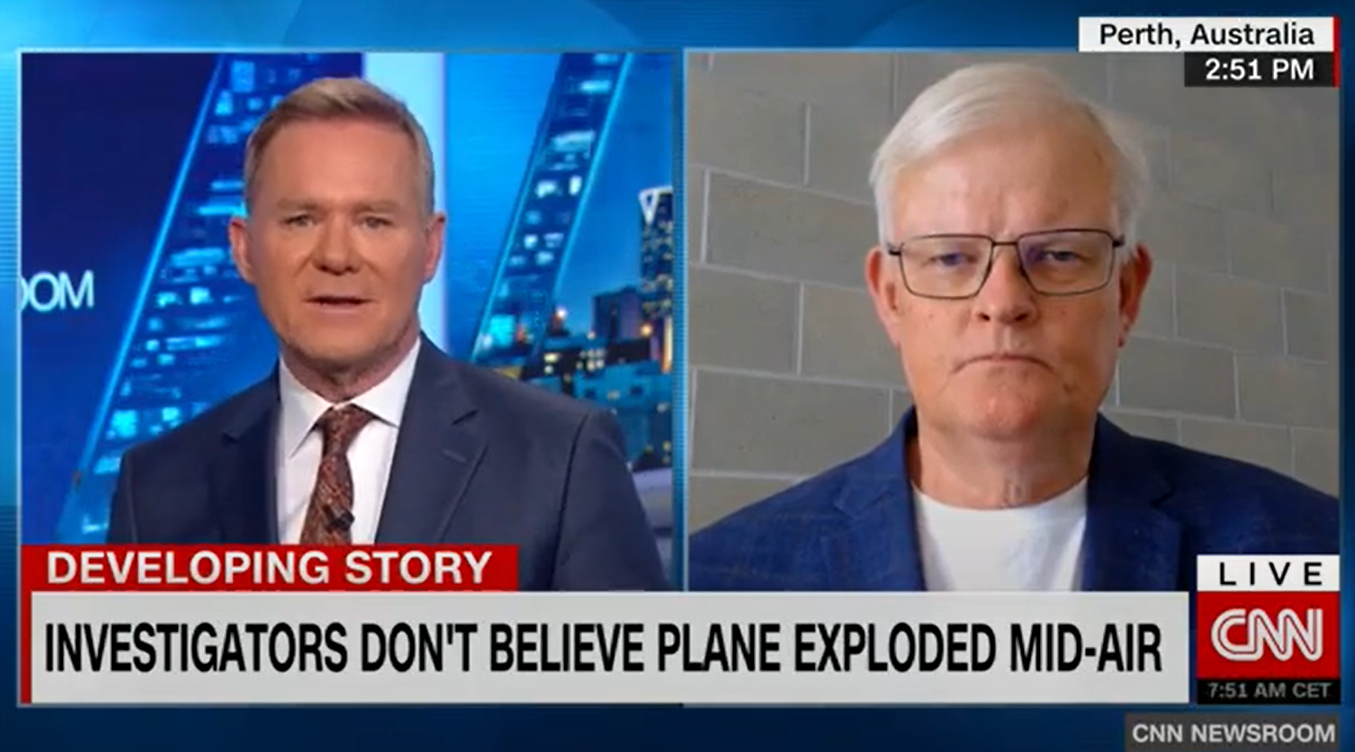 Airlineratings.com Geoffrey Thomas has been interviewed by CNN on the possible cause of the Indonesian air crash that claimed 62 lives.

A Sriwijaya Air 737 plunged into the sea on January 9.

The flight data and cockpit voice recorders will be critical in determining what caused the Boeing 737-500 jet to plummet 10,000 ft in less than a minute and smash into the sea five minutes after take-off from Jakarta.

They were reportedly located within 150m to 200m of the crash site and there was hope they could be retrieved as early as Monday.