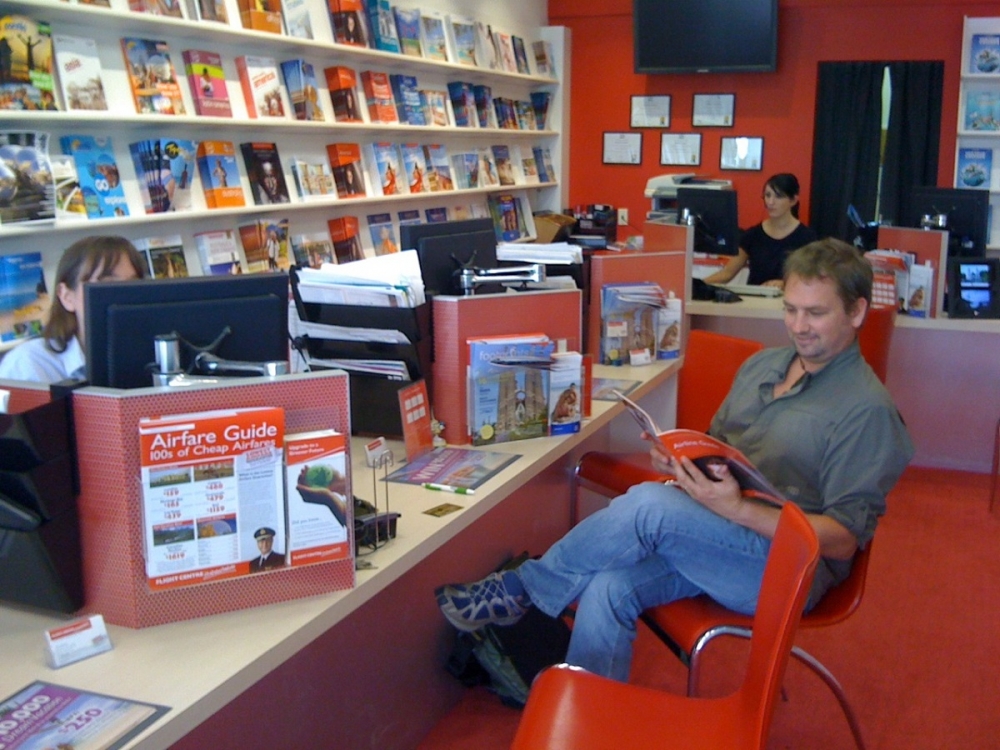 Globetrotters can look forward to months or years of near-record low travel prices on the world's longest air routes as airlines start handing back to their customers the benefits of lower fuel prices.

The price of jet fuel began tumbling about two years ago after American advances in fracking technology broke the world's reliance on oil extracted the traditional way.

The oil price spike that peaked in 2007-08 had forced airlines to tighten their belts and created the component pricing – or ancillary revenue — revolution that now dominates the selling of air fares, with consumers quoted a base fare and a series of optional extras.

Since then, the price of jet fuel has halved, meaning that a typical airline for which fuel in 2007-08 had been about 40 per cent of total operating costs has been able to cut its overall operating costs by about 20 per cent – the biggest single change in airline economics this century.

At least on long-haul routes, led by the big Middle Eastern hub-and-spoke full-service carriers, airlines are handing their savings to travellers to build market share and grow their networks.

Two years ago, the best fare between Australia and Europe was rarely lower than $A1800 return.  In the past month, Australia's biggest travel retailer, Flight Centre, has quoted best fares of less than $A1050 return.

In the other direction, best fares between Australia and New York City ballooned a decade ago to around $A3000 return when airline competition on South Pacific routes reacheda low point and the only American Australia-US operator, United Airlines, was trading under bankruptcy protection.

Flight Centre is currently quoting $A1189 return for early northern summer 2017 travel, while Los Angeles fares have dipped back down to $A895 return – the bargain available after Virgin Australia Delta entered the route in 2009, each with a daily service to Sydney.

Meanwhile, the price of tickets to Asian playgrounds like Bali in Indonesia and Phuket, Thailand – once priced at close to $A1000 return from Australia – are now selling for $A380-$420.

The best news for consumers is that there's no reason for the bargains to end: the International Air Transport Association estimates airlines will make $US39.4 billion profit in 2016 in spite of low fares, which are encouraging even more people to travel.

"It reflects pretty well on the industry's efficiency that, even while fares are at record lows, airlines are forecast to make record profits this year," says one Asia-Pacific airline executive.

Outside of the Middle East, where big network carriers Emirates, Etihad and Qatar Airways are booming, using their hubs to carry travellers to the rest of the world, the Asia-Pacific region is now the world's fastest-growing region for air travel, expanding by nine per cent (measured in revenue passenger kilometres) year-on-year in July 2016, according to IATA.

Airlines like Qantas are ramping up Asian services to capitalise on the growth, encouraged by a surge in business travel.

For example, Qantas has come in over the top of its low-cost subsidiary Jetstar, which has been running a Melbourne-Tokyo (Narita) service four times a week leaving and arriving in Melbourne in the middle of the night to connect with domestic services in Tokyo, with a retimed daily service of its own aimed squarely at corporate customers. Jetstar will vacate the route at the end of the southern summer in February 2017.

The number of Japanese visitors to Australia increased by a whopping 17 per cent in 2015-16, while Australian travel to Japan increased by 24 per cent.

Qantas says that, after its decision in December 2015 to hand one of its two daily Sydney-Los Angeles flights to alliance partner American Airlines' Boeing 777-300ERs and launch six weekly 747 services between Sydney and San Francisco, the focus of the airline's strategy has shifted to Asia, where 75 per cent of its new seating capacity was deployed in 2015-16.

"Aviation's one of the few industries that consistently bring down prices and there are some especially good international fares out there at the moment in a competitive market," a Qantas spokesman told AirlineRatings.com. "The focus for Qantas is on growing in markets like Asia where there's strong demand, extending our overall network with partners like American Airlines and making sure our customers are seeing the benefits of our transformation program – whether it's in the form of good prices or investment in aircraft, lounges and technology."

Ironically, there's been little low fares action on what has often been  the world's superhighway for cheap air travel, the North Atlantic between Europe and the USA.

While established low-cost airlines on both sides of the Atlantic, such as JetBlue, Southwest, Ryanair and easyJet, have shown little interest in starting transcontinental services, it has been left to low-cost long-haul specialist Norwegian Air Shuttle to develop what low-fares pioneers like Sir Freddie Laker started in the 1960s.

It's still rare to find trans-Atlantic fares under $US500 return, even on Norwegian's initial services between Europe and America, which it began in 2012.
In the face of an onslaught of protectionist rhetoric from airlines and unions on both sides of the Atlantic, Norwegian has struggled to get operating approvals for some of its regional subsidiaries from the US Department of Transport.

Nevertheless, the airline is hoping to be able to begin flying between low-cost US airports, such as Westchester, 50 kilometres north of New York City, and European destinations from 2017, with headline fares starting at $US69 one way.

Norwegian plans to access such small airports with a new long-range version of Airbus's biggest narrowbody plane, the 220-seat A321LR, which can fly routes as long as 6000 kilometres, which, until now, have required bigger, heavier widebody jets.