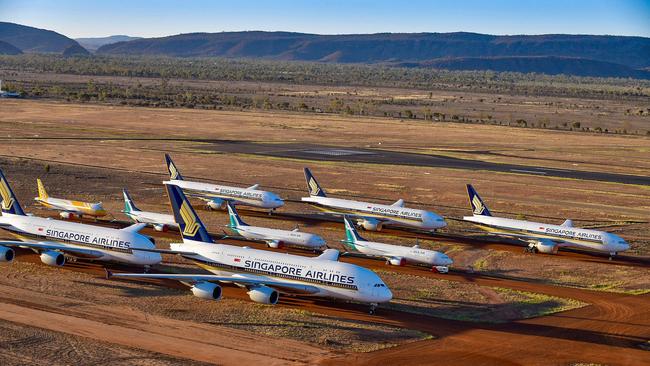 As the rest of the world’s air traffic takes a plunge on new lockdowns China and the US passenger flights continue to climb with the two countries accounting for 47 percent of all air traffic.

A new report from the Official Airline Guide (OAG) says that last week “global capacity fell by another two million seats and now stands at 51.3 million seats, around the same levels as we saw in the first week of July 2020 when we thought a recovery was beginning.”

“Twelve months ago, domestic capacity accounted for 61 percent of all seats operated, this week that has reached 81 percent with China and the United States accounting for some 23 million domestic seats,” noted the OAG report authored by John Grant.

READ: Maintenance and pilots the focus of Indonesian crash investigators

OAG said that at the beginning of January scheduled airlines planned to operate some 920.5 million seats in the first quarter of the year but this week’s data reports a first-quarter figure of some 820.8 million or an 11 percent reduction.

But it warns worse is to come with “airlines yet to make any adjustments to their March schedules or are supremely confident of a massive market recovery.”

“Given that we are currently struggling to stay above 50 million a near 65 percent increase in capacity appears very unlikely,” OAG said.

The report said that nine of the seventeen global regions are now operating with less than 50 percent of the capacity operated in the same week last year.

Western Europe is at less than 25 percent of its normal capacity levels and South East Asia, at 35 percent of previous levels.

These two regions are traditionally the world’s strongest markets but are leading the way for all the wrong reasons.

OAG notes that Malaysia, the United Kingdom, Thailand, Germany, and Italy, currently being ravaged by new waves of COVID-19 are at less than 20 percent of their normal capacity points, with no immediate hope of any forward movement.

Reflecting the dire outlook in the UK and Europe low-cost giants easyjet and Ryanair are operating at less than 10 percent of their historic capacity levels.

OAG says that connectivity remains one of the key issues throughout the Covid-19 crisis.

Despite the COVID-19 crisis this week there are 31,046 airport pairs for a reduction of 35 percent with 48 percent being operated on a daily basis as last year.