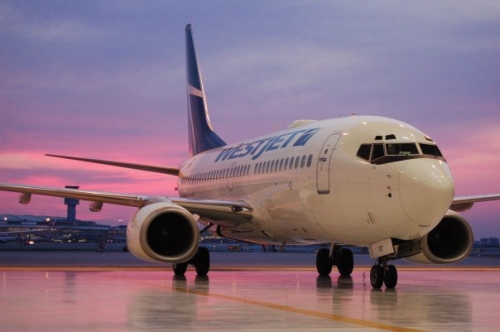 Canada’s WestJet has blamed government travel advisories and restrictions for a decision to slash its schedule by 30 percent and cut the equivalent of 1000 jobs.

The airline announced it would remove the capacity in February and March, resulting in an 80 percent year-on-year reduction. International capacity will be down by 93 percent.

The move will see 230 weekly departures eliminated, including 160 domestic departures, and jobs reduced by a combination of furloughs, temporary layoffs, unpaid leave and reduced hours.

The airline will return to 150 daily departures, a level not seen since June 2001.

There will also be a seasonal suspension of 13 international and transborder destinations including London Gatwick, Tampa and destinations in the Caribbean.

“The entire travel industry and its customers are again on the receiving end of incoherent and inconsistent government policy.

“We have advocated over the past 10 months for a coordinated testing regime on Canadian soil, but this hasty new measure is causing Canadian travelers unnecessary stress and confusion and may make travel unaffordable, unfeasible and inaccessible for Canadians for years to come.”

The new Canadian protocol began January 7 and requires travelers to Canada who are five years and older to prove they have taken a PCR test and received a negative result within 72 hours of boarding a plane.