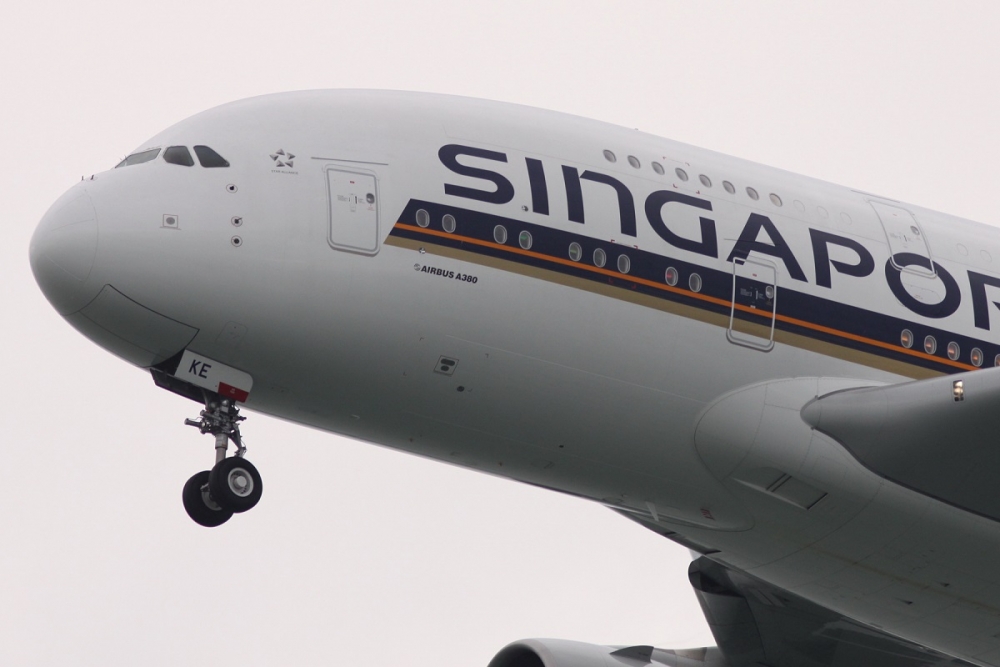 Peter Tomasch has captured the first aircraft – a SIA A380 – leaving Alice Springs in Australia to be refitted with a new interior.

The airline has decided to keep a fleet of 12 A380s and is completing a refit program for seven, after receiving five new refitted ones from Airbus.

Singapore Airlines sees the A380 as a key platform going forward for flights between London and Sydney via Singapore.

#Singaporeair confirmed that one of our A380 aircraft that was stored in Alice Springs has begun its planned return to SIN for retrofitting pic.twitter.com/A8K5JdrAym

Part of the refit is a new first-class section that won Airlineratings.com Best First Class for 2020.

The airline has pioneered many innovations for all cabin classes but its First Class is a clear standout.

It has taken that product to a new level with its new “Skyroom” Suites on the A380.

The Skyroom is truly spectacular and each suite covers between 3.23 and 4 square meters of floor space with two-piece sliding doors operated manually, as opposed to electrically with other carriers, a source for prolonged malfunctions.

AirlineRatings European Editor Andreas Spaeth notes there is a similarity to the Flying Oval Office on board Air Force One because each is dominated by a massive swivel armchair.

The main feature is a separate foldout flatbed measuring 76” by 27” (1.93m x 0.68m) which comes complete with mattress bedding, duvet, and pillows. The bedhead has a gas spring to keep the head up to watch a movie for example while lying down.

And for those who want to fly with the family, the dividers between two or even all three suites on one side of the aisle can come down, creating up to two double beds in the two forward Suites 1A/2A and 1F/2F.

The refit also involves all classes.