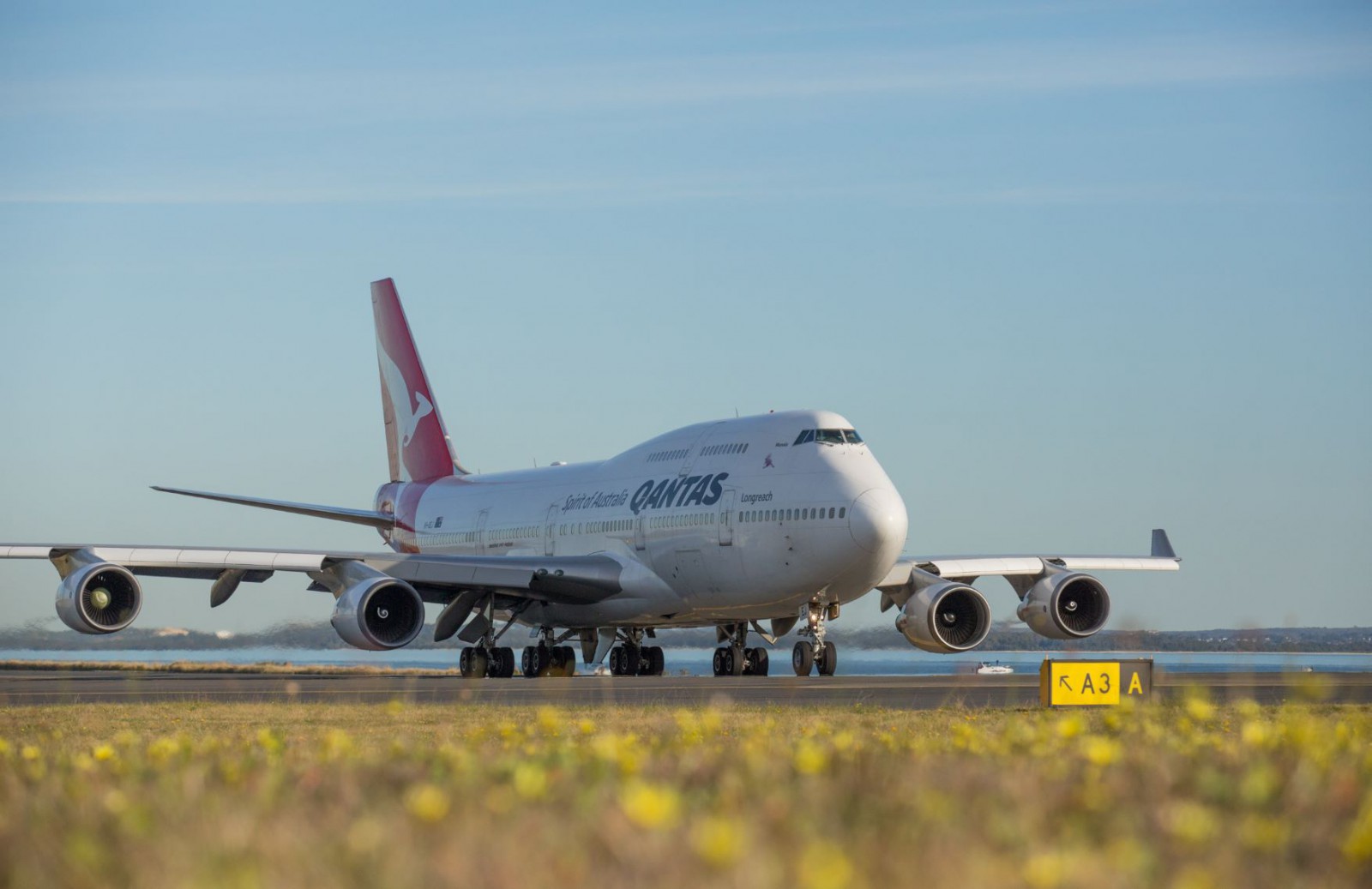 There were tears no cheers for last Qantas 747 to depart Australia on Wednesday, July 22nd.

Across the wide parched land that is Australia, emotions were raw as Aussies said goodbye to a lady and dear friend who had perhaps brought some of us to a new life Downunder, or taken us to the world, or rescued us from disasters or maybe all three.

The Boeing 747 has always been there faithfully serving us and all told 77 have flown for Qantas over almost five decades.

Even thou her time has come and technology in the form of more fuel-efficient aircraft has caught up, it is still a wrench to say farewell.

Pilots, cabin crew, engineers, and passengers all loved her dearly.

Like her designer, Boeing’s Joseph Sutter, she was humble, faithful, honest, and had integrity in spades.

We will miss her and it will never be the same again as the 747 had something very special – she had spirit, the spirit of her designer.

The first one flew here nearly 50 years ago, today the last Qantas jumbo flew out into a well-deserved retirement.Australian 747s carried over 250 million people, transforming our ability to fly long distance at a reasonable price.More: 7news.link/2ZMGxcc#Qantas #7NEWS

.@Qantas has bid a final farewell to the last of its Boeing 747 aircraft. QF7474 is now on it's way to @flyLAXairport and retirement in the dry California desert. https://t.co/KYrsCttWnI #Qantas #7NEWS pic.twitter.com/dgMpfhHcX5

Airservices Australia is honoured to be part of this historic event. After nearly 50 years of flying in our skies, we bid farewell to our @Qantas B747 flying out of Sydney for the last time with a water salute✈️#747Farewell #Qantas #jumbojoyflight #SYD pic.twitter.com/VPRClA8jIp

Here is the farewell from Airservices Australia;

“It’s been our pleasure to guide you through the skies safely and taking the #Queenoftheskies✈️through our airspace over the last decades.”🔊Listen to our air traffic controllers bidding farewell to the final @Qantas B747 flight departing Australia #747Farewell pic.twitter.com/LGTEwpnVV5

Here is the final 747 drawing the Flying Kangaroo in the sky.