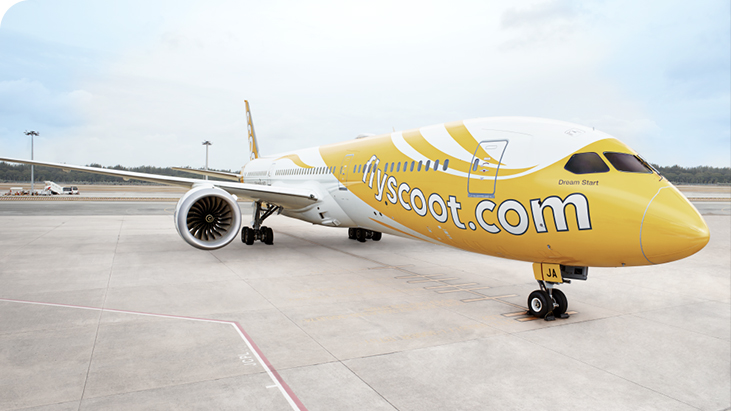 Singapore Airline’ low-cost carrier Scoot suspend services to Hawaii from the middle of 2019 as the group shuffles routes and merges regional wing SilkAir with its mainline operations.

The move, announced Wednesday, is part of a raft of route changes that will mostly see Scoot take over services currently operated by SilkAir.

Scoot entered the US market via Honolulu in December 2017 and said the decision to suspend the route from June 2019 was due to weak demand. It will also be converting its Mandalay route to a seasonal service.

SIA announce in May that it will fit SilkAir aircraft with lie-flat business seats and add an inflight entertainment system in all cabins as part of the merger with the parent airline.

The changes, which also include some routes moving from Scoot to SilkAir or SIA, are part of a three-year transformation program aimed at improving the customer experience, growing revenue and improving operational efficiency.

They are expected to take place between April 2019 and the second half of 2020, although the airline said timetables are indicative at this stage and subject to regulatory approval.

Routes moving from SilkAir to Scoot are Singapore to:

 Luang Prabang and Vientiane in Laos, in April 2019

 Coimbatore, Trivandrum and Visakhapatnam in India, between May 2019 and October 2019

 Balikpapan, Lombok, Makassar, Manado, Semarang and Yogyakarta in Indonesia, between May 2020 and July 2020.

Sccot will cede two routes that are existing SIA destinations, Bengaluru and Chennai in India, to the mainline carrier in May 2019 and May 2020.

Shenzhen in China will move to Scoot from SilkAir from June 2019, as will  Kochi in India, from October 2019. Both are existing SilkAir routes.

The airline said customers with existing bookings would be provided the option to switch to the new Scoot, SIA or SilkAir flights where possible, or be provided refunds.

“We are now at the half-way mark in our three-year Transformation Programme, and today’s announcement represents another significant development,’’ SIA chief executive  Goh Choon Phong said in a statement.

“The route review will strengthen the SIA Group for the long term, with the right vehicles in our portfolio of airlines deployed to the right markets.”

Singapore Airlines Group earlier this month reported a 69 percent fall in first-half net profit due to higher fuel prices and non-cash losses from its stake in Virgin Australia.

Group net profit for the first half fell to $S196m from $S435m in the previous first half. Excluding one-offs, the first-half profit was down 36 percent to $S312m.

The fall included a $S116m non-cash loss relating to its 20 percent investment in Virgin Australia. This was a result of Virgin “derecognized” $A452m in deferred tax assets in its first half.

The group’s net profit of $S56m for the quarter ended September 30 was down 81 percent from $S293m a year earlier.