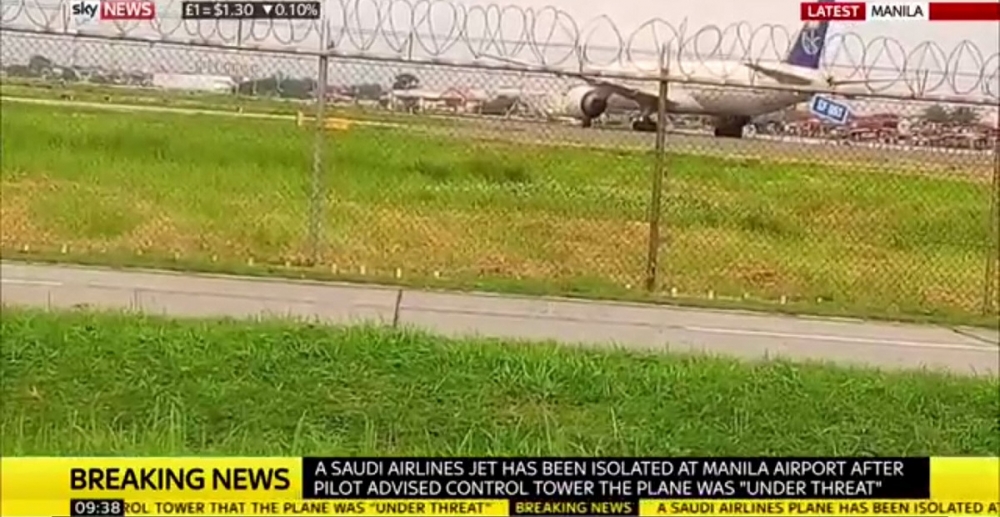 A false alarm over a suspected hijacking of a Saudia Arabian Airlines Boeing 777-300 with 410 passengers and 21 crew aboard has sparked a massive security operation at Manila Airport.

According to local authorities the pilot told air traffic controllers that the 777 was "under threat" as it approached the airport.

Saudi Arabian Airlines clarified the situation saying that the incident was a "false alarm for hijacking".

However, the flight from Jeddah was isolated after the threat.

According to the UK’s Independent “officials said a hijack warning button was repeatedly pressed by the flight crew, sparking the mobilisation of security forces and isolation procedures.”