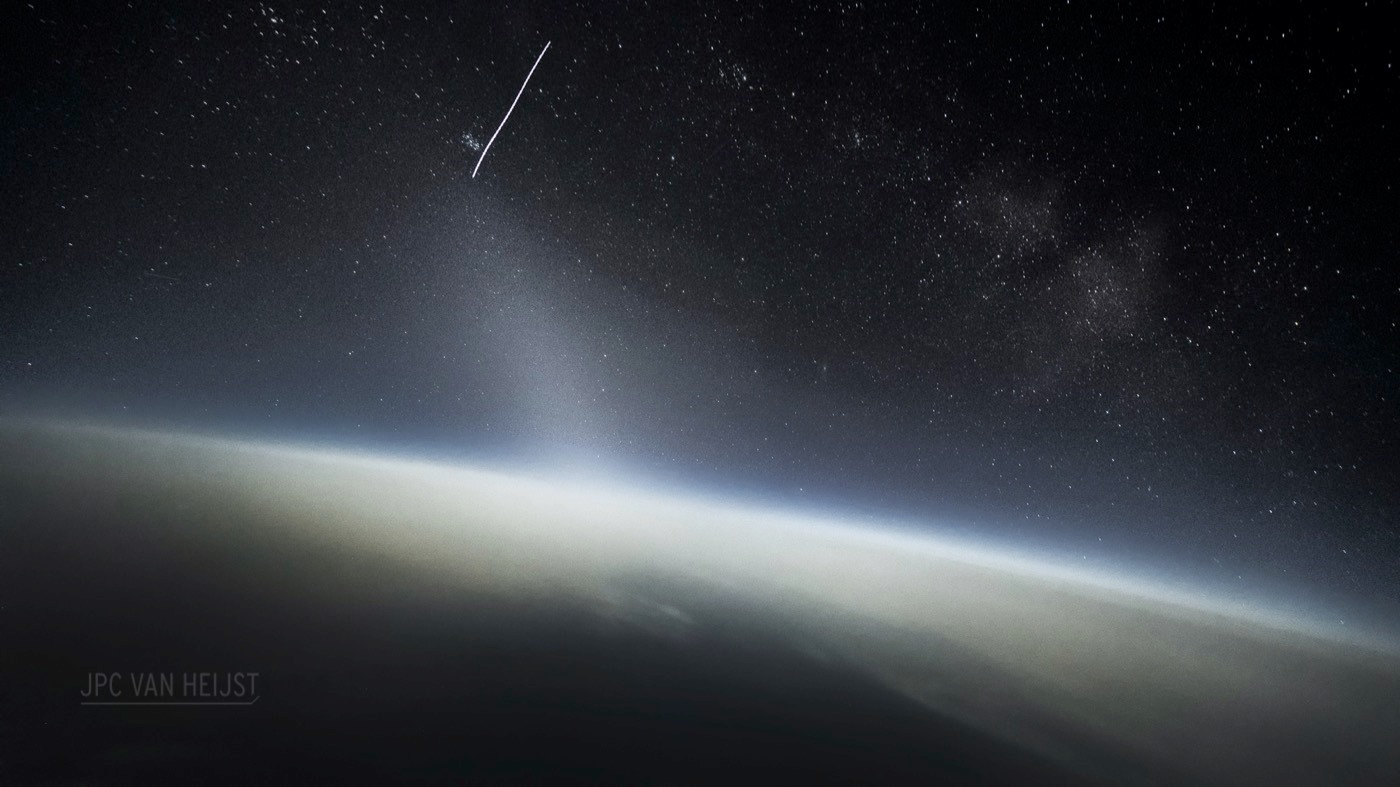 Christiaan van Heijst, a 747 pilot and guest contributor has taken a stunning photo of t the rare Zodiacal Light lighting up the night sky from his cockpit.
Christiaan takes up the story.
“The bright waxing moon behind us illuminating the thin atmospheric layer and clouds below. And if that were not enough, a spectacular and rare phenomenon presents itself; the Zodiacal Light.
“Often mistaken for an early ‘false’ sunrise or the milky way, the Zodiacal Light is a dim band of luminescence: sunlight reflected by dust particles caught between Earth and Mars. Only seen hours before or after sunrise, when conditions are just perfect with no light pollution to ruin it.
“It has been a cause of mystery how such a vast amount of dust ended up in this particular region of the solar system, but recent studies from data collected by NASA’s space-probe Juno have shown that the dust most likely came from planet Mars.
“Was the dust ejected by a massive volcanic eruption? Or perhaps blown away by a giant cosmic impact in the ancient past? Who knows what answers future discoveries might unravel.
“One of the blessings of flying at night is just being witness to the universe as it presents itself to me; a simple Dutch pilot with a camera among the stars.
“And in the meanwhile, the International Space Station makes its pass above our heads. Hello goodbye. See you in another 90 minutes.”
READ: Qatar Airways excels in COVID-19 safety and flexibility