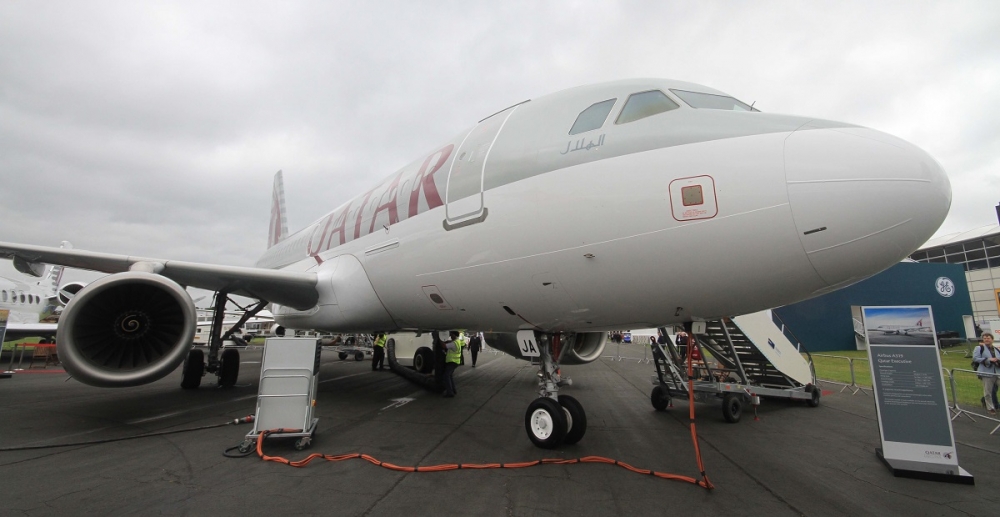 Qatar Airways and LATAM are both part of the same alliance, OneWorld. Also several IAG airlines are a members of OneWorld – BA and Iberia.
Mr Al Baker said LATAM represents an “exciting” opportunity to invest and support the development of its long-term relationship with the leading Latin American carrier.

LATAM is having financial difficulties because of the economic slowdown and a fall in travel demand in some of its main markets, such as Brazil, and the entry of a new shareholder from a rich Gulf nation is welcome.  The Santiago, Chile-based group made a net loss of US$219.3 million in 2015, the double of the of US$109.8 million it reported in 2014.

Mr. Al Baker said Qatar Airways did “recognize short-term challenges in some of LATAM’s markets”, but he remained confident in LATAM's long-term prospects. The decision to invest in LATAM follows thorough analysis of the group’s brand, network and markers, he noted.

Mr Cueto said he “personally admired” Qatar Airways for its strategy and care for passengers. And, he told a media briefing at the Farnborough air show July 12: “The investment recognizes LATAM’s achievements and supports out project for the future. In addition to strengthening our financial position, it will allow us to explore new opportunities for connectivity with Asia and the Middle East.”

It’s not yet a done deal. LATAM’s existing shareholders have to agree to it. They will be asked to vote on the Qatar Airways proposed investment at an extraordinary shareholders meeting by Sept. 2. If shareholders consent to the agreement, Qatar Airways will subscribe a capital increase of US$613 million through the issuance of new shares at $10 per share.

LATAM Airlines Group was formed through the merger of LAN Airlines and TAM. The group has airlines and airline affiliates in several countries in Latin America including in Peru, Argentina, Colombia, Ecuador, and Paraguay.  LATAM provides passenger transport services to approximately 135 destinations in 22 countries and cargo services to approximately 144 destinations in 26 countries with a fleet of 327 aircraft and a set of bilateral alliances.

In addition to its proposed shareholding in LATAM, Qatar Airways is also looking to acquire 49% of Meridiana, a small airline based in Sardinia, Italy.