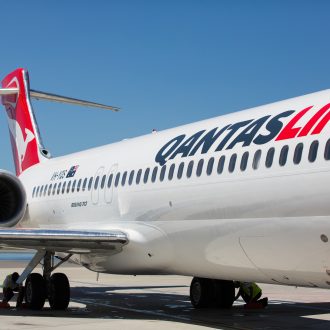 Another shot has been fired in a growing battle for customer loyalty with Qantas Frequent Flyer members now able to earn points when they book accommodation with Airbnb as part of a world-first partnership between the two companies.

The Australian airline group’s  11.4 million frequent flyer members can earn one Qantas point for every dollar they spend when they book their Airbnb accommodation through Qantas.com.

Airbnb has been one of the great success stories of the Internet revolution and now offers 2.5 million accommodation listings across 191 countries.  The popular peer-to-peer service allows property owners to make money from short-term rentals of all or part of their properties while providing a wide range of often cheaper accommodation to travellers.

However, it has not been without its controversies with the traditional hotel industry lobbying for stricter regulations on its operations, crackdowns by some local authorities and allegations of users applying disciminatory practices.

The Qantas partnership marks the first time Airbnb has worked with an airline in this way to and is part of a move by the Australian carrier to form partnerships with innovative digital and technology businesses.

Others include include a strategic stake in Data Republic, a secure data sharing platform, and launching  health insurance venture Qantas Assure with partner nib.

Qantas chief executive Alan Joyce said Qantas had always looked for ways to reinvent the airline and executives were excited about the potential for the partnership.

“The way that people around the world plan, book and experience travel is changing rapidly with the digital revolution,” Mr Joyce said in a statement.
“We know many of our customers are just as likely to arrange an Airbnb as they are to book a hotel, and we wanted to recognise and reward them for that.’’

Airbnb boss and co-founder Brian Chesky said the announcement with Qantas highlighted “the rapidly growing movement towards the personalised and unique experiences available through the Airbnb community”.

“We’re focused on connecting people with the hospitality of locals, welcoming travellers into their communities so they can truly belong anywhere,’’ he said “There are just a handful of global brands who understand that travel is now changing for the better. Qantas is one of those brands.”

Qantas is running a competition to highlight the new partnership and QFF members who book on Airbnb via its website by the end of October can win a business class trip to San Francisco with add-ons that include first class lounge access, cash and accommodation.

Frequent flyers can earn points by visiting qantas.com/stay, choosing the Airbnb option and entering their Frequent Flyer details when prompted. Members are then redirected to airbnb.com.au to complete their booking.

The QFF announcement comes after rival Velocity Frequent Flyer announced that it teamed up with ticketing company  TEG Live to give members exclusive access to concerts and other events while earning points.

Both loyalty programs are broadening their base as they become significant contributors to the airlines’ revenue streams.

QFF reported record underlying earnings of $A346 million in 2015-16, up 10 per cent on the previous year, as revenue increased 6.7 per cent.

About 45 per cent of the revenue growth came from new ventures.