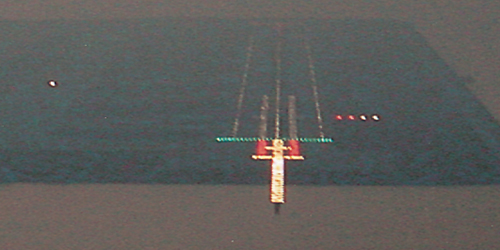 The US crash investigator has laid responsibility of the slow speed of the Asiana 777 that crashed at San Francisco International Airport on the weekend, killing two, with the pilots.

Yesterday one of the Asiana pilots, responsible for monitoring the instruments, said he assumed that the auto throttle was maintaining the minimum speed required for safe flight.

However, the US National Transportation Safety Board Chairman Deborah Hersman told a media conference that the pilots are required to also monitor their instruments during landing.

“Let me be very clear the crew is required to maintain a safe aircraft. That means they need to monitor and we have a flying pilot and we have two other pilots who have a monitoring function,” said Mrs Hersman.

“And one of the critical things that needs to be monitored on an approach to landing is the speed.”

The instructor check captain, Lee Jung Min (49) who was assisting captain Lee Kang Kook, 46 being endorsed on the 777, told investigators that he assumed that the auto throttle – similar to cruise control in a car – was maintaining the required speed of 137knots (253km/hr).

However, while the auto throttles were engaged, it is not clear as yet what mode they were in.

The two pilots are supposed to work as a team with one flying the plane the other supporting with read backs on critical data, setting flaps and lowering undercarriage and reading checklists.

Instructor captain Lee Jung Min also told investigators that he saw three red and one light on the Precision Approach Path Indicator (PAPI) indicating the plane was too low and called for more power.

Then he told investigators he could see four red lights and noticed the airspeed was in the hatched area on the display – indicating too slow.

Mrs Hersman also confirmed that a third pilot – a first officer – with over 4,500 hours of flying experience, was the observer pilot in the cockpit.

Interestingly, and in a sign of what was to come, he said he could not see the runway or PAPI lights because the 777’s nose was too high.

In a normal approach an observer in the cockpit can see both the runway and the PAPI lights if the attitude of the 777 is correct.

A pilot from a plane waiting for take-off also noticed the very high angle of the 777’s nose, which would account for the rapid speed loss, if – as was the case – the engines were at idle.

Automation has had an extraordinarily positive impact on improving aviation safety but it can be – and has been – a trap for the unwary.

A number of years ago one crew of a 747 entered the heading they wanted to fly into the auto throttle, instead of the speed and the aircraft almost stalled after take-off.