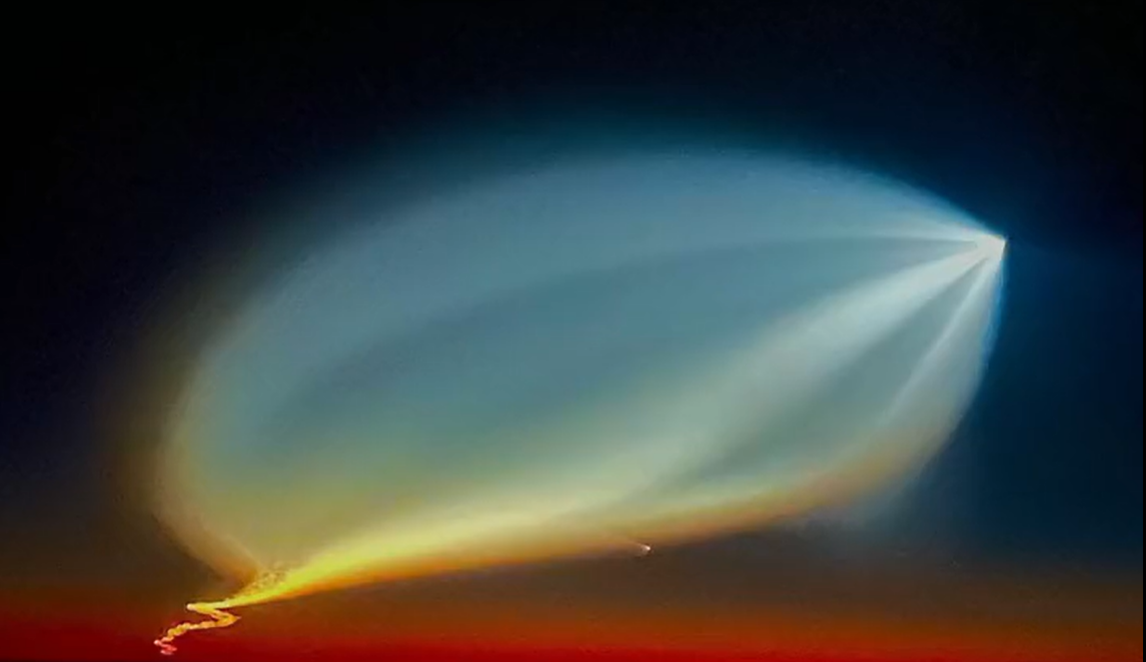 Stunning pictures of the Space X launch have been taken from a C-17 cockpit over the Atlantic Ocean.

The pictures were taken by @mavliocca and posted by @Combat_learjet.

The launch was on Saturday, September 24 at 7:32 p.m. ET, and SpaceX launched 52 Starlink satellites to low-Earth orbit from Space Launch Complex 40 (SLC-40) at Cape Canaveral Space Force Station in Florida.

This was the fourth launch and landing for this Falcon 9 first-stage booster, which previously launched SES-22 and now three Starlink missions.