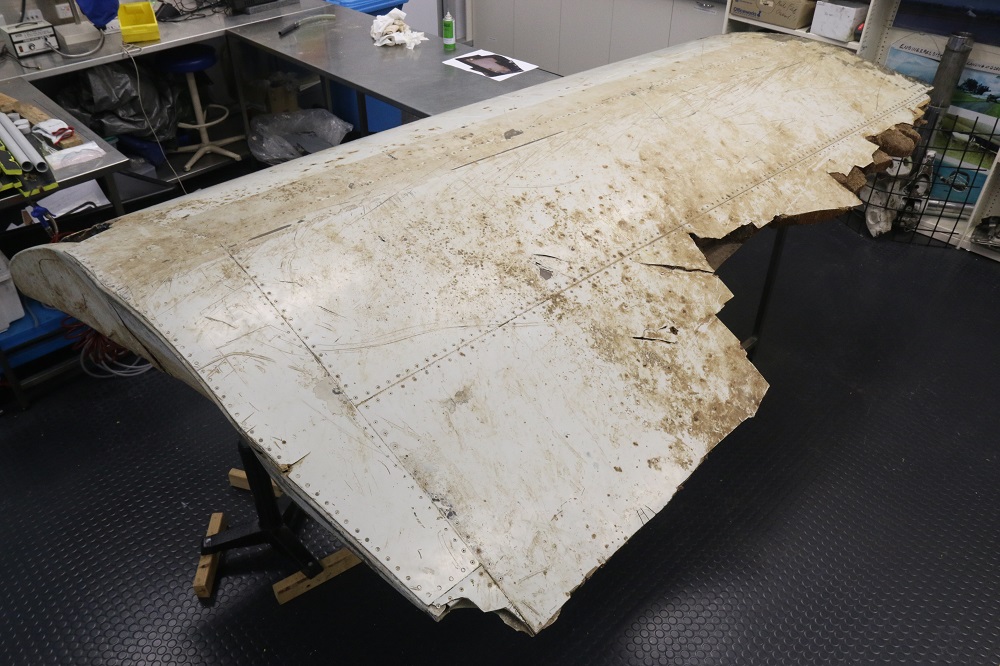 The only possible conclusion from an oceanographic and recovered debris perspective is that MH370 lies in the southern Indian Ocean.

That is the verdict from the highly respected Oceanographer Professor Charitha Pattiaratchi who is based at the University of Western Australia.

Prof. Pattiaratchi, who has been published in over 300 scientific journals tells Airlineratings.com that the “only tangible physical evidence that is available to date is the debris from the western Indian Ocean.”

“My definition of physical evidence is that something you could hold and touch.”

Prof. Pattiaratchi says that many pieces that have been discovered to date “have been proven by official sources from different countries to have originated from 9M-MRO (MH370’s registration).”

He also pours cold water on suggestions that the debris has been planted.

“There is a perception that this debris was planted. There is no evidence for this. The locations where the debris would make landfall was predicted by sophisticated oceanographic models. These models simulated the surface currents and pathways of debris every hour for more than 18 months.”

Prof. Pattiaratchi predicted where the debris would be found a year before the first piece was detected.

“All of the oceanographic modeling studies associated with the simulation of debris come to the same conclusion. These include many diverse groups from different countries including Australia, USA, Germany, and Italy.”

He adds that individuals who found the debris were directed to locations based on the computer model output where there was a high probability of debris washing ashore.

A total of 33 pieces have been found by 16 unrelated people in six counties with most being identified as being from MH370 or a Boeing 777.

“The only consistent conclusion based on the physical evidence from above is that the MH370 (9M-MRO) ended its flight in the southern Indian Ocean,” Prof Pattiaratchi said.

He adds that previous aircraft accidents have shown that a crash at sea will create a debris field of many thousands of pieces.

“The debris pieces found in the eastern Indian Ocean are only a very small percentage of the complete debris field.  This was after more than 16 months and 4000 km away.”

“The only physical evidence, the debris in the western Indian Ocean, does not support recent suggestions that the 9M-MRO ended up close to the Maldives or in the South China Sea (SCS).

“Both SCS and Maldives have shorelines that are close to the purported location of the crash – but not a single piece has been found,” Prof Pattiaratchi said.

“Debris simulations from the Maldives indicate that in March (2014) the north-east monsoon was in operation and that currents would be flowing to the west.”

Prof. Pattiaratchi said that if MH370 had crashed there some of the debris would have reached Somalia before the currents changed with the monsoon.

He says the debris would be then transported back to the east-flowing past the Maldives (making landfall there) and also ending up along the coasts of southern India, Sri Lanka, and Indonesia.

“Not a single piece of debris has been recorded.”

On the South China Sea shootdown theory he comments that it is an enclosed basin with many countries along its boundaries: China, Vietnam, Cambodia, Thailand, Malaysia, Indonesia, and the Philippines.

“Any debris that may be been created could end up in any of these countries. Similar to the northern Indian Ocean the SCS also experience the monsoon and changing currents. Based on the proposed end of flight locations debris would end up along the coast of Vietnam and Malaysia due to the north-east monsoon. None have been found,” Prof Pattiaratchi said.

On the allegation that debris in the South China Sea has been collected up, Prof Pattiaratchi said that “for anyone who has experience in looking for objects at sea this is not possible.”

“The debris would be spread over a very large area. And it is not possible to collect all. We are talking about pieces that are relatively small, often floating just below the surface. For example, we deploy satellite-tracked buoys – even having a position to within 20 m – we often cannot find the object.”

“Based on the debris finds the only explanation is that the crash was in the southern Indian Ocean.”

And drift modeling from the debris locations also points to the area where satellite experts say MH370 lies.

Below is one of the latest maps from the Independent Group which shows what they believe to be the final resting place of MH370. This area is highlighted in green and the area searched is bounded by the yellow line.

Prof Pattiaratchi suggests that MH370’s location could be a little further north close to an undersea formation called Broken Ridge.