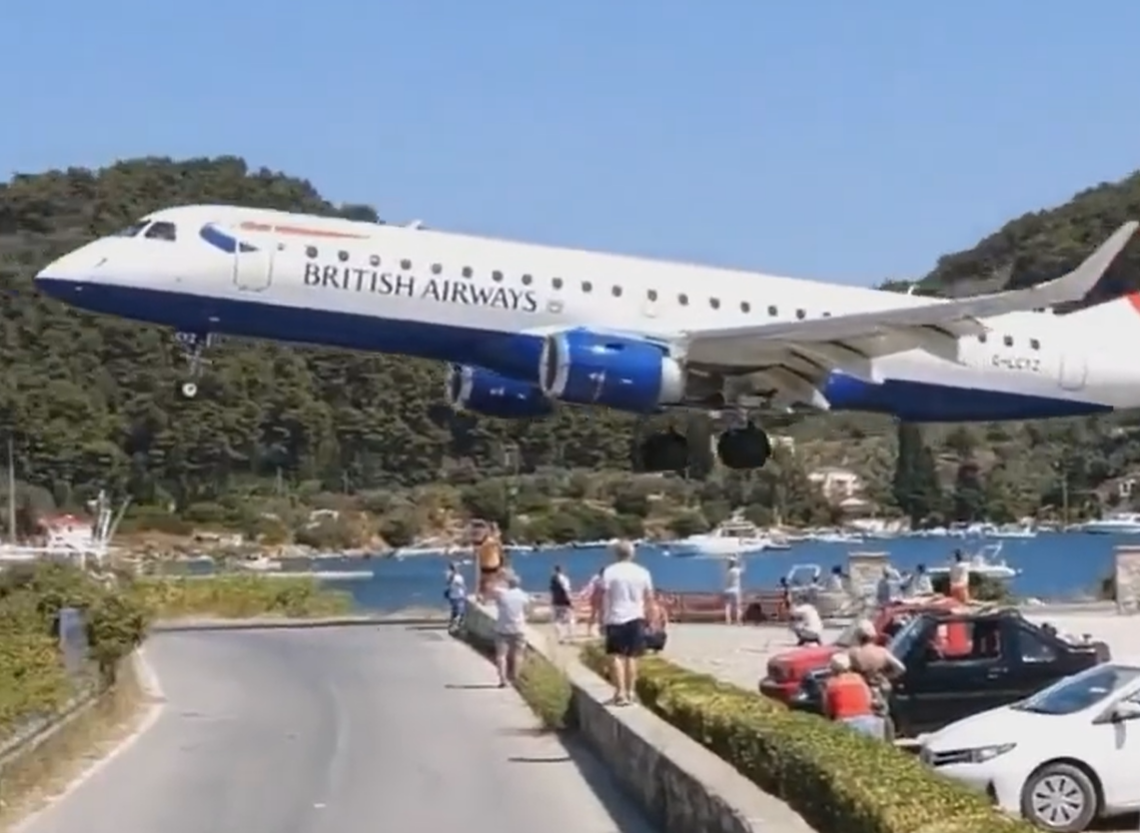 We have a fantastic slow-motion video of a British Airways ERJ190 landing at Skiathos. Taken by SloMoSpotter the footage captures the approach and touchdown of the British Airways jet perfectly.