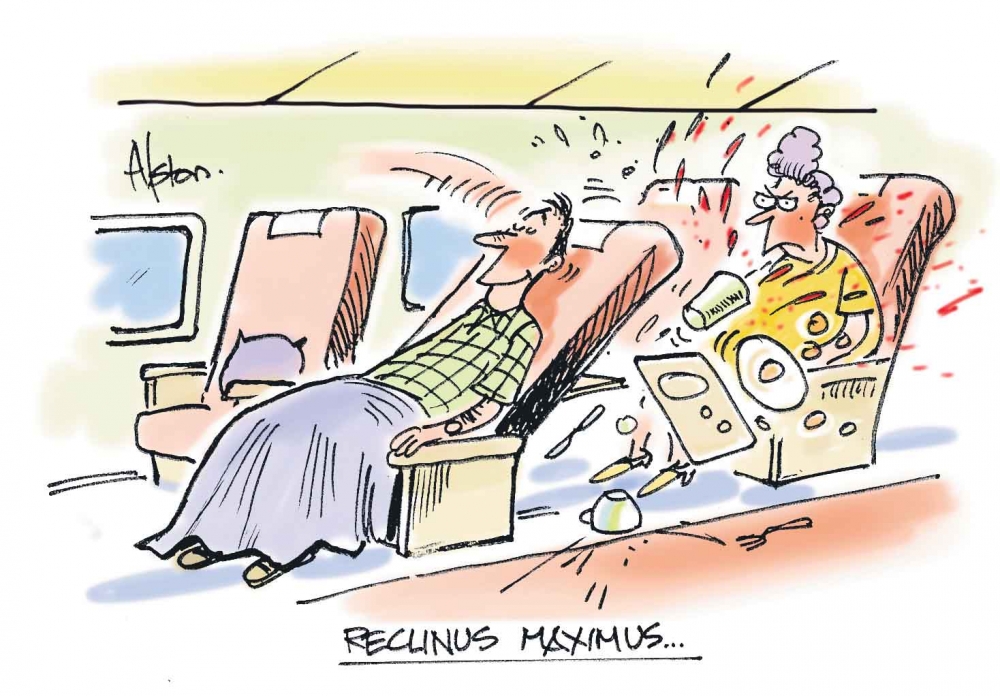 Who is your passenger from hell?

The seat recliner, the passenger who lets their children run riot, the chatterbox or the lurking smelly traveler, who you wish would travel somewhere else?

The smelly passenger, who we’ve dubbed ‘Smellus Maximus’ has soared up to be the number two hate of air travelers. This “hell” passenger comes in just behind those who recline their seat, affectionately known by us as ‘Reclinus Maximus’.

According to the annual AirlineRatings.com “Passengers Who Make Your Flight Hell” survey of air travelers, almost 35.4 per cent of the more than 1550 respondents put the passenger who reclines their seat as their number one nightmare.

However, with 25.5 per cent naming Smellus Maximus as the most despised, it raises the question, has hygiene slipped?

According to AirlineRatings.com editor, Geoffrey Thomas, while it was expected that Reclinus Maximus would rate highly, the level of frustration for the smelly passenger reflects a decline in hygiene standards.

“There has been a significant shift in passengers’ gripes about their fellow travelers, who are either not conscious of their odour or don’t care,” said Mr Thomas.

“With online or cell phone check-in now widespread, offending passengers are slipping through the traditional checks and only coming into contact with airline agents at the boarding gate. The agents, under pressure to get the flight away, let offenders slip through.”

Mr Thomas continues, “Dress standards have declined on planes and so has appearance and hygiene. We have noticed an increase in people complaining about these issues.”

Commenting on the survey Australian Business Traveller’s founder David Flynn “it doesn’t surprise me that “passenger pong” is a hate of travellers.”

“After all, you’ve got several hundred people crammed together in this tin can – and it’s especially tight quarters in economy – with plenty of recirculated air.”

Mr Flynn adds that you’ve got passengers who’ve been rushing to the airport or dashing between flights to make a connection, and people who take their shoes and socks off during the flight.

“Stir in some hot humid sticky summer weather, or pretty much any day in an equatorial city like Singapore, and it’s a perfect storm of bad smells.”

This year, two passengers made global headlines because of their odour and were kicked off planes in Canada. In the past month, three US domestic flights have been diverted over arguments related to knee defenders, which prevent seats reclining.

Authorities in the US have not banned knee defenders but have instead left it up to the airlines to regulate. However in Australia, both Qantas and Virgin Australia have banned these devices.

In the AirlineRatings.com survey, the parent who let their children run riot ‘Parentus Slapdashi’ came in third with 20.1 per cent while fourth went to ‘Armrest Grabbis’ at 13.5 per cent and the non-stop talker ‘Chatterbox Majorus’ came in fifth with just 5.54 per cent.